A brand new, director-supervised digital restoration of Atom Egoyan’s international breakthrough, about an aspiring actor/janitor/gigolo (Michael McManus) who becomes an object of obsession for his lonely fellow custodian (Arsinée Khanjian). 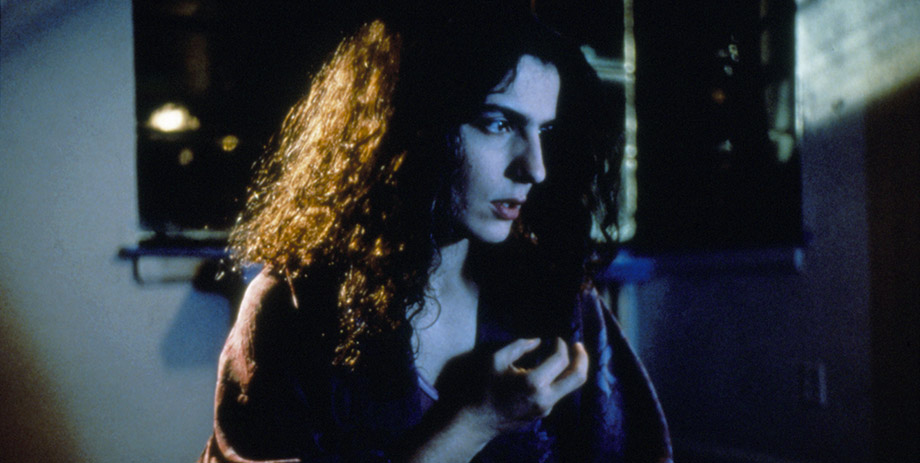 Atom Egoyan's third feature, Speaking Parts, marked a number of firsts for the Canadian auteur: it was the first of his films to premiere at Cannes, where he has subsequently premiered eight more films; it was the beginning of his long-running partnership with cinematographer Paul Sarossy, with whom he would collaborate on ten more features; and it proved to be his true international breakthrough, inaugurating a distinguished career that has seen him scale the heights of both Canadian and world cinema. On the occasion of the film's twenty-fifth anniversary, TIFF Cinematheque is proud to present Speaking Parts in this brand new digital restoration, supervised by Egoyan himself.

Lance (Michael McManus) is a young film extra who doubles as a cleaner/gigolo in a hotel frequented by movie executives. By courting one of the hotel's guests, Clara (Gabrielle Rose), who has written a script based on her own family tragedy, Lance soon scores himself the lead role in both her film and her bed. Meanwhile, he tries to avoid the lonely fellow custodian (Arsinée Khanjian) who is spellbound by him, and who spends her nights obsessing over video images of Lance in his bit roles.

Masterfully weaving his parallel narratives together, Egoyan builds towards a crescendo of unrestrained desire that blurs the boundaries between the viewer and the viewed, while elaborating on his recurrent themes of the intersections of sexuality, alienation, and technology. (Watch for his prescient use of video conferencing.) Featuring Sarossy's crisp cinematography and an evocative score by Mychael Danna (presented for the first time in stereo, as per Egoyan's original intention), Speaking Parts is a haunting exploration of the way the very ubiquity of images makes it difficult for us to truly see one another.

This digital restoration was supervised by Atom Egoyan at Deluxe Toronto.