Multi-disciplinary artist and filmmaker Soon-Mi Yoo (Far from Afghanistan) makes her solo feature-film debut with this sharp and sensitive essay film about everyday life and ideological distortion in North Korea. 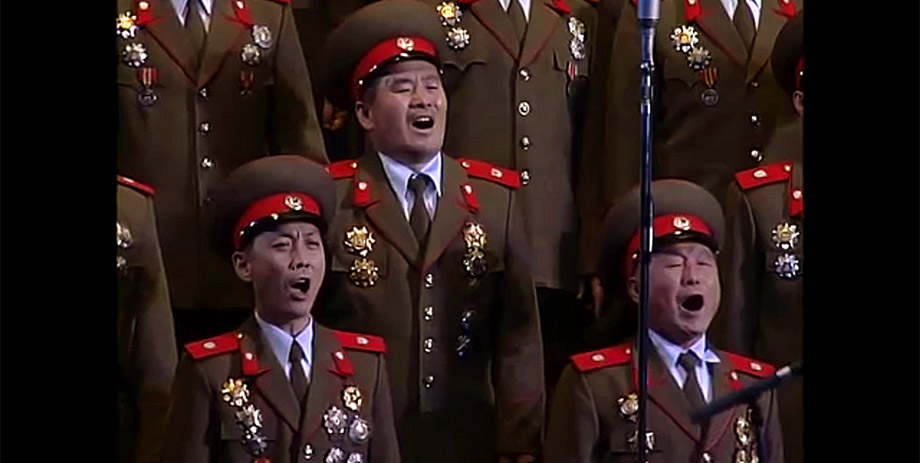 Songs From The North

To put it mildly, the Democratic People's Republic of Korea has an image problem, yet at the same time images of the notoriously reclusive nation are rabidly trafficked and consumed — not least because of the astonishing spectacles produced by its state-controlled culture industry and Kim Il-sung's still-pervasive cult of personality. The first feature-length film by multidisciplinary artist and filmmaker Soon-Mi Yoo — who has made some of the most searing and astute documentaries on Korean political history with her previous short Dangerous Supplement and her contribution to the anthology film Far from Afghanistan, among others — Songs from the North is a sharp and sensitive essay film that takes a markedly different look at a nation typically viewed through the distorted lens of jingoistic propaganda and derisive satire.

A fine example of what the late film critic Manny Farber famously dubbed "termite art," Yoo's film burrows into its elephantine topic with an economy of expression, a generous curiosity and a ceaseless, idiosyncratic forward motion. Interlacing footage shot during her three trips to North Korea (in zones both sanctioned and prohibited) with songs, spectacle, popular cinema, and archival footage, Yoo ventures into uncharted territory as she attempts to understand the psychology and popular imagery of the North Korean people on their own terms, the fissures between daily life and its propagandistic representation, and the ideology of absolute devotion to the ruler who continues to drive the nation towards its uncertain future.

While for some Yoo's film will evoke Andrei Ujica's The Autobiography of Nicolae Ceausescu in its deft use of found footage, the mystery and sensuality of Chris Marker, or the hybridic meanderings of author W.G. Sebald, Songs from the North is uniquely, powerfully personal as it unpacks this Korean-born, US-based filmmaker's intricate and conflicted feelings about her former neighbour to the north.