In this captivating animated adventure inspired by the ancient Irish legend of the selkies — magical beings who live as seals in the water and as humans on land — a young brother and sister must unlock the magical secrets of their ancestry in order to find their way home. 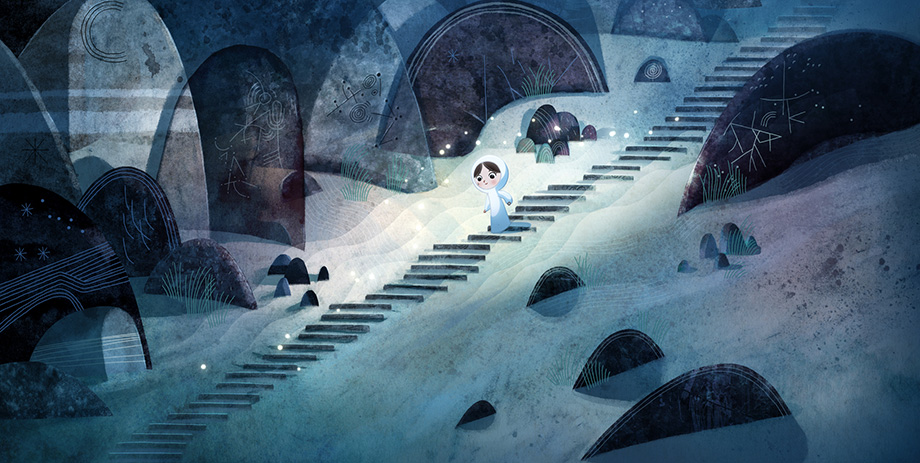 Song of the Sea

From Tomm Moore, director of the Academy Award-nominated The Secret of Kells, comes this captivating animated film steeped in the wondrous worlds of Irish myth. Inspired by the legend of the "selkies" — magical beings who live as seals in water and humans on land — Song of the Sea follows young Ben and his little sister Saoirse on a fantastic journey.

Ben and Saoirse live in a lighthouse by the sea with their father, who remains distraught over the loss of his wife several years earlier. Though Ben is aware of the responsibility that comes with being a big brother, he is easily frustrated with Saoirse, who, at six years old, has yet to utter a single word. When Saoirse discovers a shell flute that used to belong to their mother, the spellbinding music she creates becomes both a means of communication and the key to a magical secret locked deep in their mother's past. After they are sent to live with their granny in the city, Saoirse and Ben must work together to find their way home. Ben soon realizes that his sister holds the power to bring the ancient stories their mother told them to life — but in order to keep these tales alive, she needs to find her voice, and he needs to overcome his deepest fears.

With a talented voice cast including Brendan Gleeson and Fionnula Flanagan, and featuring a haunting soundtrack by Bruno Coulais and the Irish band Kíla, Song of the Sea is an enchanting and visually sumptuous adventure. Speaking powerfully to the importance of family tradition and cooperation, Song of the Sea demonstrates that there might just be a little magic in all of us.

This film is recommended for ages 7 and up.

N.B. Some scenes may be frightening to very young children.

N.B. Some scenes may be frightening to very young children.