The astonishing collaboration between exiled Syrian filmmaker Ossama Mohammed and young Kurdish activist Wiam Simav Bedirxan distills footage from thousands of clandestine videos to create a shattering, on-the-ground documentary chronicle of the ordeal being undergone by ordinary Syrians in the ongoing civil war. 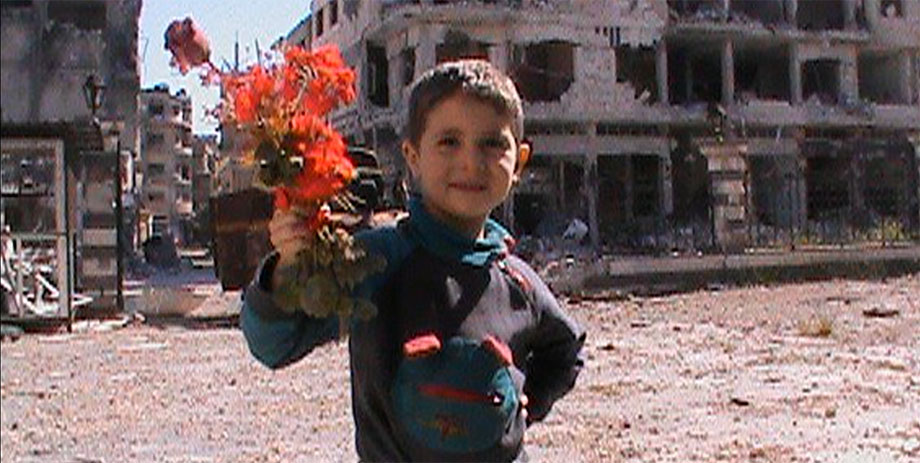 Syrian director Ossama Mohammed had been in political exile in Paris for eight months when, around Christmas 2011, he received a message through his Facebook account from a young Kurdish activist in Homs. Trapped under heavy shelling and aerial bombardment, she asked him: "If your camera were here, in Homs, what would you be filming?" The activist's name was Simav, Kurdish for "silvered water," and this encounter yielded a remarkable artistic collaboration, the product of which was widely hailed as a masterpiece after its premiere at this year's Cannes Film Festival.

At the core of Simav's question to Mohammed was another one: "Where to begin?" For Mohammed, the trigger was footage of a teenager arrested and tortured by Bashar al-Assad's security forces, posted on YouTube by the boy's captors at the outset of the insurgency. Over two years, Mohammed filmed in Paris and distilled stories from thousands of videos posted by Syrians online, as well as from the footage that Simav herself was shooting in Homs. Under siege, Simav's camera became her salvation, while her astounding steadfastness and courage became to Mohammed a metaphor for a new Syria being born from the devastation of war. "I felt I was in front of a woman teaching a man how to build his life," he says.

At once tragic and miraculous, carried along to the strains of an eloquent score composed by Noma Omran, Silvered Water, Syria Self-Portrait shatters the widespread indifference to the ordeal being endured by ordinary Syrians, while its very existence attests to the spirit of possibility that even the most brutal repression cannot crush.

Moving and unforgettable, Mohammed's and Simav's seemingly impossible collaboration exemplifies what cinema can do in the face of the horrors of war.