A loyal Mafia enforcer becomes a hunted man when he protects a beautiful young escort from his boss’ sadistic son. 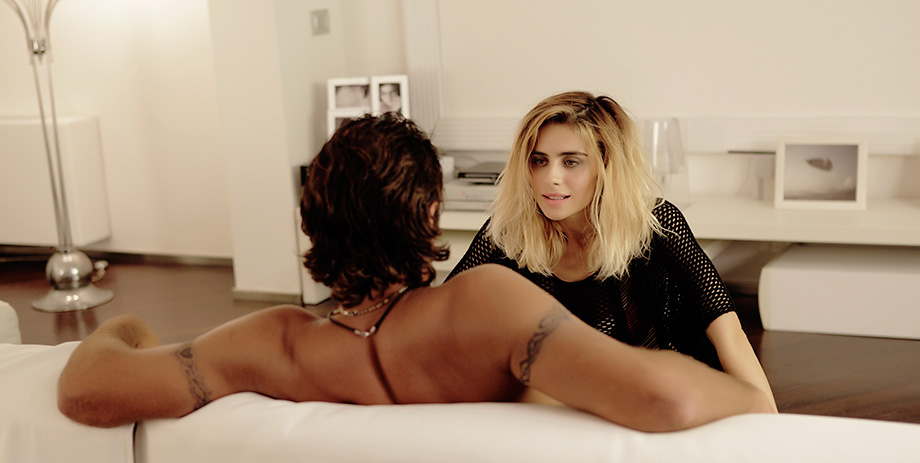 Michele Alhaique's debut feature has the rawness of reality caught as it happens, in front of the camera. And through its protagonist, a great bear of a man, Senza nessuna pietà finds its heart among the downtrodden — ordinary people who ultimately want little more than respect and freedom.

Mimmo is a mob enforcer, the guy the boss sends out on dirty jobs when the money needs to be collected. He's a loyal soldier who keeps his head down, something that's getting increasingly difficult to do with the boss's son, Manuel, a serial womanizer, growing too big for his boots. When things turn ugly during Manuel's "date" with an escort Mimmo was sent to pick up, Mimmo snaps. His attempt to escape retribution, all the while protecting a woman he doesn't even know, provides the emotional landscape for Alhaique's compassionate portrait of people working and living on the fringes of society.

Senza nessuna pietà avoids cliché and sentimentality, hanging itself on Pierfrancesco Favino's gruff performance as Mimmo and Greta Scarano as Tanya. She may be far too beautiful for him, but as they are thrown together Alhaique instills their unlikely relationship with real gravitas. The camerawork is fresh and lively, hovering around the characters with the right degrees of distance and intimacy, and the film has a fine sense of setting. Nothing feels out of place, everything is perfectly judged, and, as the action plays out, Alhaique moves us through a series of very different — and very powerful — emotions.