In 1943, two young best friends in the Nazi-occupied Netherlands find their bond put to the supreme test in this bittersweet ode to innocence lost. 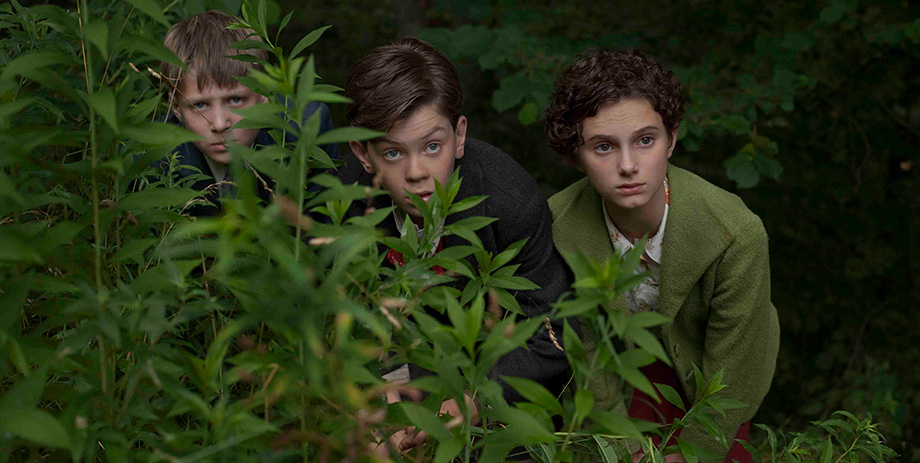 Set in 1943 against the backdrop of World War II, Secrets of War tells a story of youth thrust into an all-too-adult world, where the loyalties and betrayals of childhood have stakes higher than anyone could imagine.

Conflict rages across Europe and the Nazis have occupied the Netherlands, but for twelve-year-old best friends Tuur (Maas Bronkhuyzen) and Lambert (Joes Brauers), not much seems to have changed: they still go to school each day, and still play "War" with their wooden guns in the forest and underground caves just outside their small village. But the realities of the conflict soon intrude on their familiar world: Lambert is bullied over his family's affiliation with the local Nazi party, while Tuur's parents and brother are mysteriously quiet on the subject of a resistance group rumoured to be developing in the town. When the boys begin to compete for the attentions of Maartje (Pippa Allen), a young newcomer to their class, their bond is put to the test. And when Maartje grows closer to Tuur, Lambert's jealousy sets in motion a series of events that will alter all three children's lives.

Adapted from Jacques Vriens's bestselling young-adult novel (inspired by events that occurred in the author's native region of South Limburg), Secrets of War is a harrowing account of friendship and courage. Skilfully and sensitively directing a talented young cast, Dennis Bots handles the difficult subject matter with reverence. Both a gripping wartime drama and an affecting coming-of-age story, the film is a bittersweet ode to innocence lost.

This film is recommended for ages 10 and up.

Secrets of War will be presented in Dutch and German with English subtitles.