A married, middle-class London couple (Nadine Marshall and Idris Elba) are shocked when they seem to have been blessed — or cursed — with an immaculate conception, in the provocative second feature by award-winning British playwright Debbie Tucker Green. 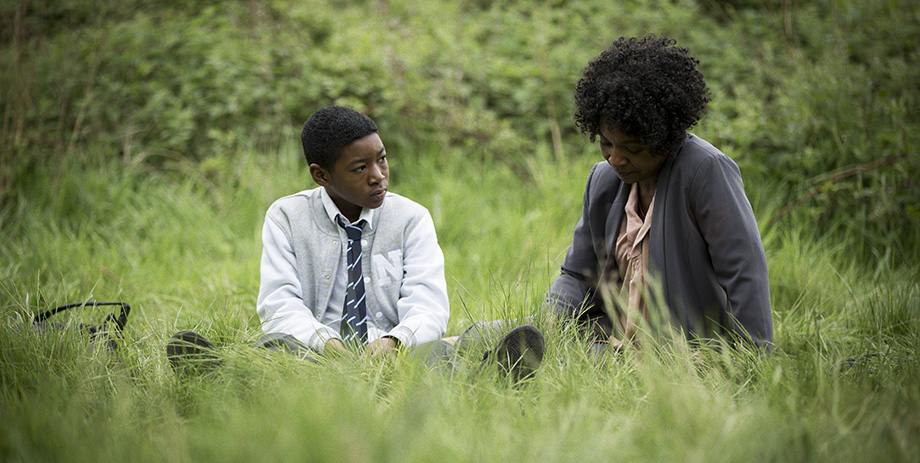 Jackie (Nadine Marshall) is expecting her second child but the math doesn't quite add up. It's been months since she last slept with her husband Mark (Idris Elba), so she knows it can't be his. But, perplexingly, she also knows she hasn't been with anyone else.

Prior to Jackie's disconcerting discovery, she, Mark, and son JJ (Kai Francis-Lewis) are a close-knit middle-class family living in London. Jackie and Mark are happily married, but, as they're both busy working parents, intimate evenings are few and far between. And then comes Jackie's mystifying, seemingly immaculate conception.

Afraid of Mark's reaction, she initially says nothing of her situation. But she also knows it's only a matter of time until she can't conceal the truth any more. When that moment does arrive, its effect is profound. And what happens next will take both characters and audience by surprise.

Green, last at the Festival in 2011 with Random, spins this conceit into a social-realist family portrait grounded in the textures and off-handed banter of everyday life. She directs the proceedings with stylistic sophistication and a subtlety that borders on the oblique.

Bolstered by the outstanding performances of Marshall and Elba, Second Coming is a provocative, allegorically loaded conversation-starter that you won't soon forget.