A university professor gradually succumbing to blindness is entranced by an obsessive love, in this modern-day adaptation of a classic Korean fairy tale. 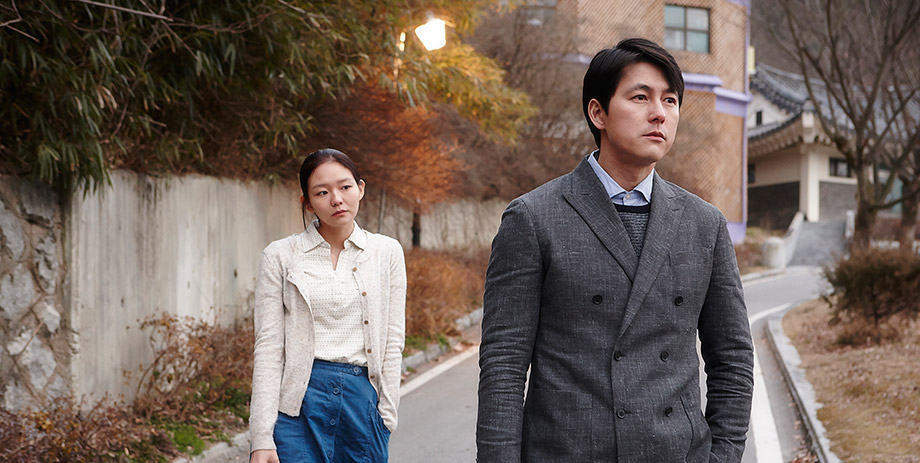 A scorching romantic thriller from the director of the 2007 horror film Hansel and Gretel, Yim Phil-sung's latest provocation features heartthrob Jung Woo-sung (Cold Eyes and The Good, The Bad, The Weird) and emerging star Esom in a tale of desire and its punishments.

Hak-kyu (Jung) is a university professor who's gradually losing his eyesight. In a vulnerable state, he begins to fall for an irresistible, insistent young woman (Esom). It turns into a torrid affair, and Hak-kyu throws all caution aside, but when he commits an act that she takes as the worst form of betrayal, her feelings turn.

Scarlet Innocence is a contemporary retelling of a classic Korean tale, The Story of Simcheong, which was elevated to timeless art when adapted to the Korean musical storytelling form pansori. But Yim takes radical liberties with the story, changing what was always a father-daughter dynamic into an account of two strangers who first become lovers, then adversaries.

Drenched in sex and desperate acts — Jung has scenes here that will shock and excite his fans — this is a twenty-first-century film noir very much in keeping with Yim's abiding interests. From his first feature Antarctic Journal through Hansel and Gretel and Doomsday Book, Yim has always set his characters free to pursue their obsessions no matter how far it takes them. To watch Jung and Esom turn up the heat as this story progresses is to see just how dangerous a director Yim can be.