In his first fiction feature, director Philippe Lacôte refracts the fraught and blood-drenched history of the Ivory Coast through the story of a young man’s twenty-year journey from country boy to political militant to assassin. 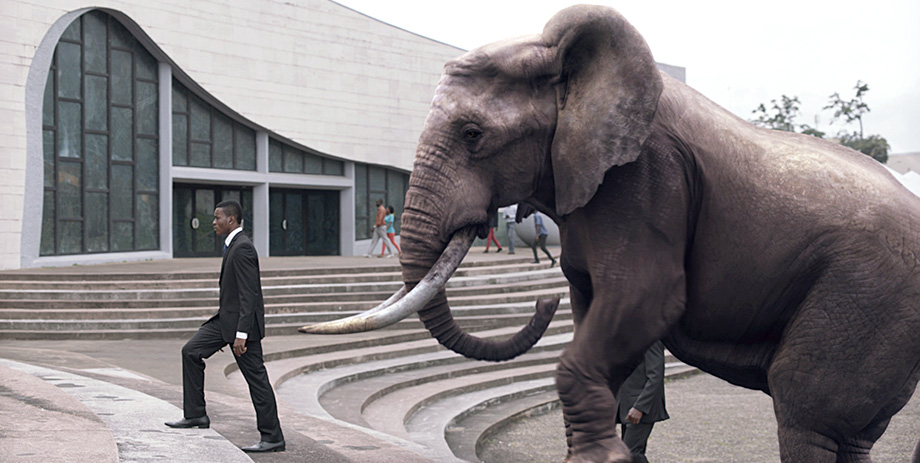 A young man dressed in rags walks with determination down a church aisle with a gun in his hand, his eyes fixed on the orator behind the podium. He stops, aims, and fires. Havoc breaks out. Melting into the panicked crowd, the young man goes on the run. He has just shot the Prime Minister of Ivory Coast.

Premiering in Un Certain Regard this year at Cannes, Philippe Lacôte's first fiction feature, Run, builds on his remarkable 2008 documentary Chronicles of War in the Ivory Coast as it refracts the last two decades of his country's blood-drenched history through the experiences of a young man drawn into the spiral of political violence. Born into a country mired in wars and corruption, the film's protagonist has been on the run all his life — hence his name, Run (Abdoul Karim Konaté).

Interspersed with flashbacks that follow Run's twenty-year trajectory from country boy to political militant to assassin, the film explores how violence's twisted logic takes hold of a society, and how an individual can slip to the far side of reason. When Run enters the church dressed in the tattered clothes of a vagabond — the perfect camouflage in a city where so many unfortunates roam the streets unnoticed — he is not only in disguise: he has been transformed from within.

Evocative of a picaresque fable, and featuring a vividly realized cast of larger than life characters (including the remarkable Isaach De Bankolé as a veteran dissident who mentors the militant), Run boldly heralds a new generation of African cinema: irreverent, and fearlessly defiant.