The Daily Show host and Iranian Canadian journalist Maziar Bahari discuss the story behind Stewart's debut feature Rosewater, which tells the true story of Bahari's five-month imprisonment in Iran after his appearance on Stewart's show. 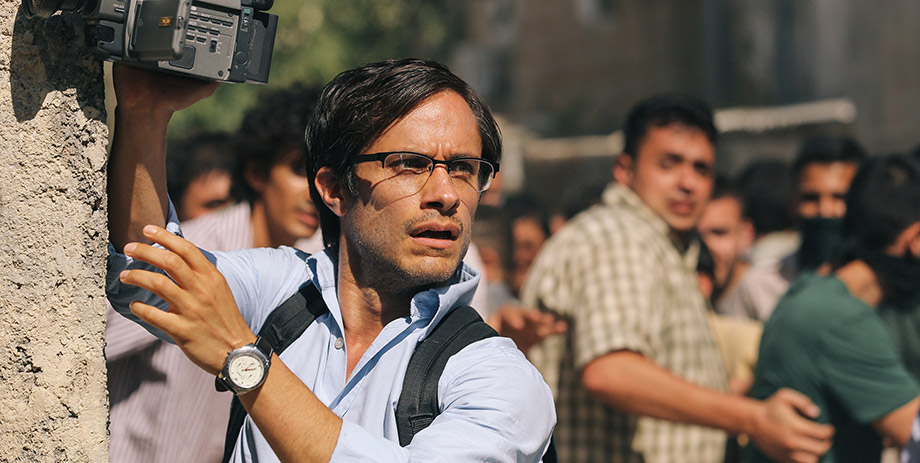 In 2009, Iranian Canadian journalist Maziar Bahari was covering Iran's volatile elections for Newsweek. One of the few reporters living there with access to US media, he also appeared on The Daily Show with Jon Stewart, in a taped interview with comedian Jason Jones. The interview was intended as satire, but if the Tehran authorities got the joke they didn't like it — and that bit of comedy would come back to haunt Bahari when he was rousted from his family home and thrown into prison.

In a remarkable stroke, Stewart himself took up Bahari's story. Making his directorial debut, the iconic media satirist crafts Rosewater as a chronicle of journalism in conflict with political power, seen through the prism of memory. Bahari's interrogator wears a strong rosewater scent that immediately reminds him of his childhood. Isolated in prison, he finds refuge in recollections of Leonard Cohen music and conversations with his politically engaged father.

Stewart's skill in his long-running television show has been to champion ideals of democracy, transparency, and freedom of expression by cracking jokes every time those ideals are compromised — which is daily. With Rosewater, he takes a more sincere approach. Although there are glimpses of his trademark wit, the film is more akin to Woody Allen's performance in the Hollywood blacklist drama The Front. Stewart subsumes comedy to political commitment, directing the film with emotion and dramatic engagement and designing it to reach the widest audience possible: the film is in English, with Gael Garcia Bernal turning in a potent, persuasive performance as Bahari.

Bernal is joined by the great Iranian American actress Shohreh Aghdashloo playing his mother, and an international cast whose performances bear witness to the global impact of Iran's convulsive 2009 election. Both brave and heartfelt, Rosewater illuminates the precarious position of journalists.