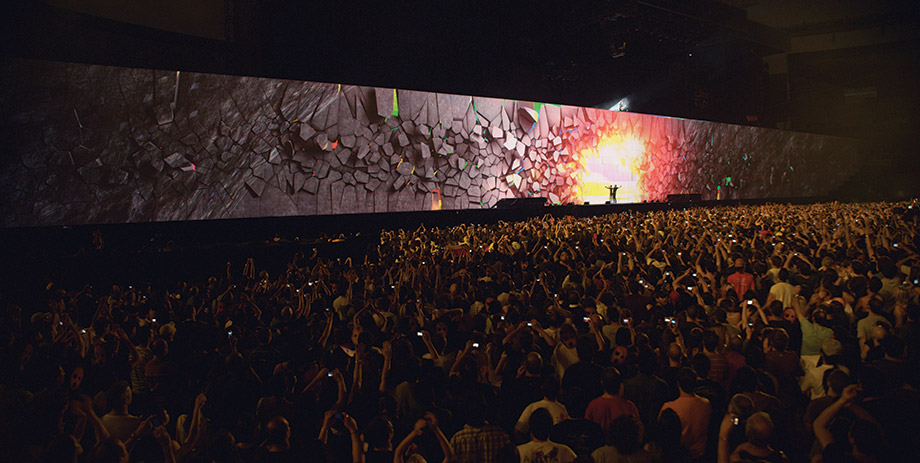 Fans of Roger Waters and Pink Floyd's monumental The Wall, get ready. This immersive experience of Waters's The Wall Live tour, shot in three cities across two continents, is a rib-rattling, sonically stupendous piece of filmmaking. With its 500-foot set, which is gradually built throughout the show into the famed wall, the ambitious and immensely successful concert production features one of the most iconic pieces of extended imagination that rock 'n' roll ever produced, and will remind many of the sheer ambition and scope of music in the 1970s, the era in which it was first created.

Waters, from whose head the original Wall emerged, has, along with co-director Sean Evans, made a film that captures his original vision completely. Sumptuously shot so as not to miss anything the show had to offer, Roger Waters The Wall is also beautifully mixed so that these live renditions of the album's many anthems sound crystal-clear and vibrantly present.

But the film, like the piece of music on which it is based, is also drenched in Waters's politics and memories. Scarred by the fact that his father was killed in action in Italy in 1944, when Roger was not yet six months old, his work is a plea for peace and understanding — as "walls" create fear, misunderstanding, and often lead to war and death. Roger Waters The Wall includes a highly personal and moving journey through France and Italy as Waters visits the WWI cemetery in which his grandfather, killed in 1916, is buried, and the monument near the Anzio beaches on which his father's name is inscribed. On the hundredth anniversary of the First World War's outbreak, this film shows that art so often springs from memory — and we can never forget.