A middle-aged man who has recently lost his wife to cancer indulges in fantasies about a young woman at his work, in the new film from Korean master Im Kwon-taek (Chunhyang). 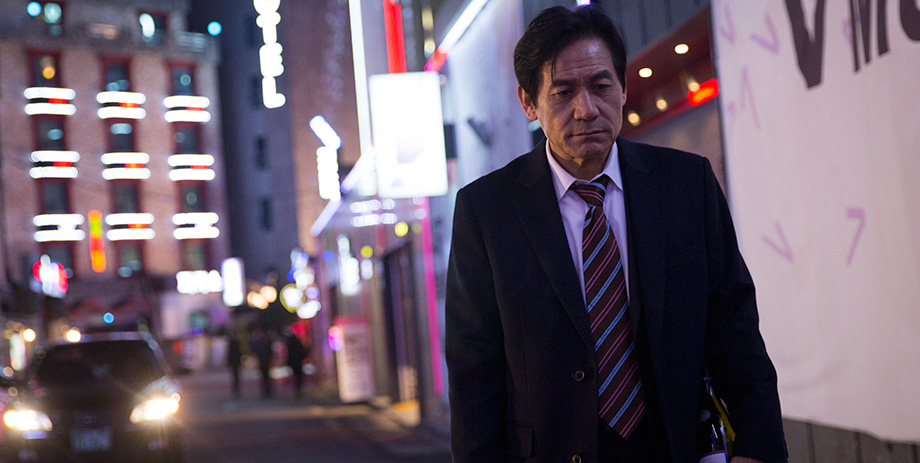 Justly revered as the father of modern Korean cinema, Im Kwon-taek returns to the Festival with the 102nd feature in an extraordinary career that has spanned nearly six decades. Adapted from a prize-winning short story by Kim Hoon, his latest is a skilful and sensitively rendered study of the conflicting and confusing emotions at play within a man whose wife is entering the final stages of a long fight with cancer.

A successful executive at a cosmetics company, Oh Sang-moo (Ahn Sung-ki, in his seventh collaboration with the director) is a decent man who remains committed to his family's needs as his wife's health worsens. Yet he's also keenly aware of his growing feelings for Choo Eun-joo (Kim Qyu-ri), a new addition to his marketing team.

Showing the same degree of prowess that marked such other recent features as Beyond the Years and Chihwaseon — for which he won his country's first-ever Best Director prize at Cannes — Im shifts between steadfast depictions of illness, well-observed workplace scenes with a romantic tinge, and dream sequences that reveal the full measure of Sang-moo's hopes and fears.

It's telling that the original Korean title — Hwajang — means both "cosmetics" and "cremation." The double meaning reflects how matters of love and death are intricately entangled in Sang-moo's world, and he can no longer compartmentalize his personal and professional lives as easily as he once did

Eliciting moving and naturalistic performances from his entire cast, Im provides an insightful and humane look at a man who finds himself at an unexpected crossroads.