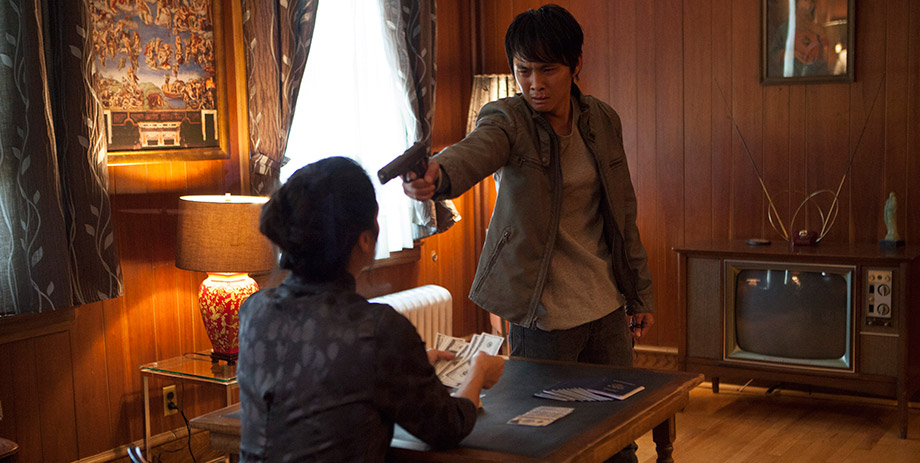 Revenge of the Green Dragons

In 2007, Martin Scorsese's The Departed won four Academy Awards, including Best Picture. It was an adaptation of Andrew Lau's Infernal Affairs. Now, Scorsese returns the favour, acting as executive producer for Lau's latest project. Co-directed by Lau and Andrew Loo, and inspired by the true-crime tale of the titular gang that terrorized New York City's Chinese communities throughout the 1980s, Revenge of the Green Dragons represents the spectacular collision of Eastern and Western gangster film traditions.

In 1983, best friends and schoolmates Sonny (Justin Chon) and Steven (Kevin Wu) are targeted for recruitment by the Green Dragons, one of several criminal syndicates operating within Queens' growing enclave of recent Chinese immigrants. They're taught how to kill and who not to kill (fellow Chinese are expendable; whites are off limits), and are soon dispatched to eliminate the leaders of a rival gang. What follows is a dizzying, decade-spanning saga of brutal reprisals and shocking betrayals — all, incredibly, based in fact.

As dramatized by co-directors Lau and Loo, Revenge of the Green Dragons exhibits the operatic flair of Hong Kong action cinema at its best. But in its eighties New York setting and gritty tone (as well as the casting of Goodfellas alumnus Ray Liotta as a dogged FBI agent), Scorsese's touch is also apparent. This fusion of Chinese and American genre influences is thrilling to see, but also entirely apt. Revenge of the Green Dragons is an inherently Chinese-American story premised, like so many classic crime dramas, on a violent misapprehension of the American dream.