Five old friends in Havana reflect on their lives, experiences and unrealized dreams, in this thoughtful, delicate and affecting character study from lauded director Laurent Cantet (The Class). 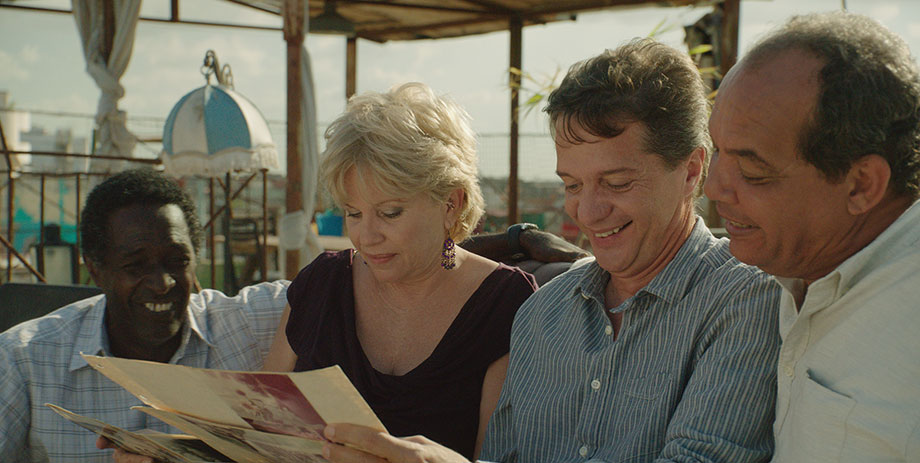 Over the years Laurent Cantet has produced a carefully considered body of work that focuses on the daily lives of ordinary people. His films are social in nature but ultimately political in intent, and from his finely structured first feature, Ressources humaines, to his Canadian film, Foxfire: Confessions of a Girl Gang, his work consistently embraces characters struggling with such challenges as what it means to be laid off; to teach an unruly classroom of problem children; or to grow up a restless girl.

Retour à Ithaque, a film shot entirely in Spanish and set in an apartment and rooftop terrace overlooking Havana's famed ocean avenue, the Malecón, sees Cantet probe into the lives of a group of middle-aged Cubans struggling to make sense of what has happened to their lives and their dreams.

A quintet of old friends, bearing the scars of years spent eking out a living in Havana, by turns joke and needle each other; they commiserate and taunt; they reminisce. Even though the people in the group share a common past, life has taken them in different directions. Each faces a crisis of conscience that Cantet explores delicately, as compromises butt up against principles, pragmatism against ideals, youth against parents.

Cantet dissects the values and attitudes of these survivors, and finds in them a desire to engage and think, to grow and create. Even if they've arrived at middle age with a sense of unrealized possibilities, they have lived lives of thought and awareness. Cantet has proven that he is a thinking-person's filmmaker; with Retour à Ithaque he adds another illustrious chapter to his filmography.