A smash hit at this year’s Cannes, director Gabe Polsky’s exhilarating documentary chronicles the rise and fall of Soviet hockey in the 1980s. 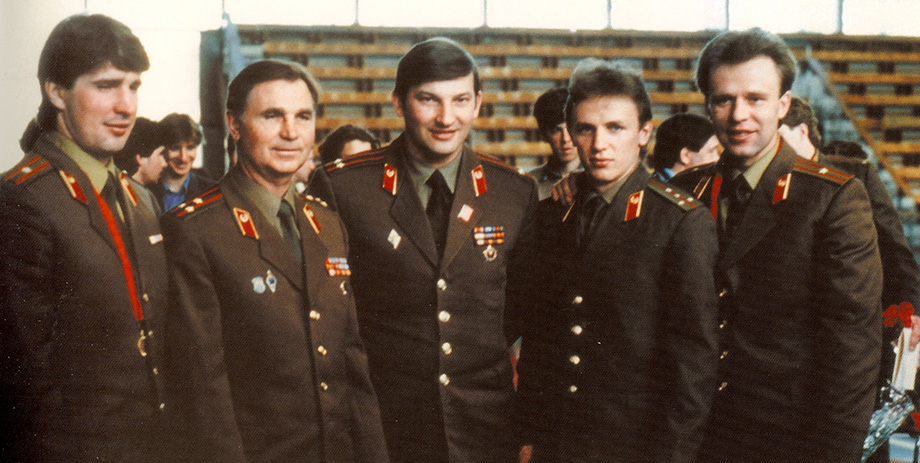 During the Cold War, battles between East and West played out in sports as much as international politics. Stalin and his successors saw their athletes as ambassadors of ideology. Red Army reveals one of the most colourful chapters of this history, focusing on the Soviet hockey team and its rivalries with Canada and the USA.

At the centre of the story is Slava Fetisov, one of the greatest players to experience the highs and lows of Soviet hockey prior to the USSR's collapse. He stood up to a powerful system and paved the way for Russian players to change their circumstances. As Soviet communism gave way to global capitalism, the lure of NHL money unravelled the legendary team known as the Red Army.

You don't need to be a hockey fan to get swept up in this story of friendship and divided loyalties. Director Gabe Polsky makes dazzling use of archival material from both sides of the Iron Curtain. He draws poignant interviews from key figures of the era, including Fetisov, his teammates, and NHL coach Scotty Bowman. At their best, the Soviet team was known for a graceful style of play that emphasized co-operation and teamwork. When those players entered the NHL, they had to grapple with a more individualistic and pugilistic style along with Red Scare- fuelled prejudice.

Polsky, the son of Soviet Ukrainian immigrants, grew up in Chicago and played hockey for Yale. He produced films with Werner Herzog and Jerry Weintraub, both of whom serve as executive producers for this highly accomplished documentary debut.

Red Army chronicles the dramatic stories on and off the ice. Polsky documents an interchange across the historical East-West divide that shows we still have a lot to learn about each other. Reopening this history makes for one of the most widely appealing documentaries of the year.