Festival favourite Jacob Tierney (The Trotsky) directs this saucy, sharply-written comedy-drama about a boozing, live-at-home thirtysomething (screenwriter-star Sonja Bennett) who finds her world turned upside down when she lies about being pregnant. 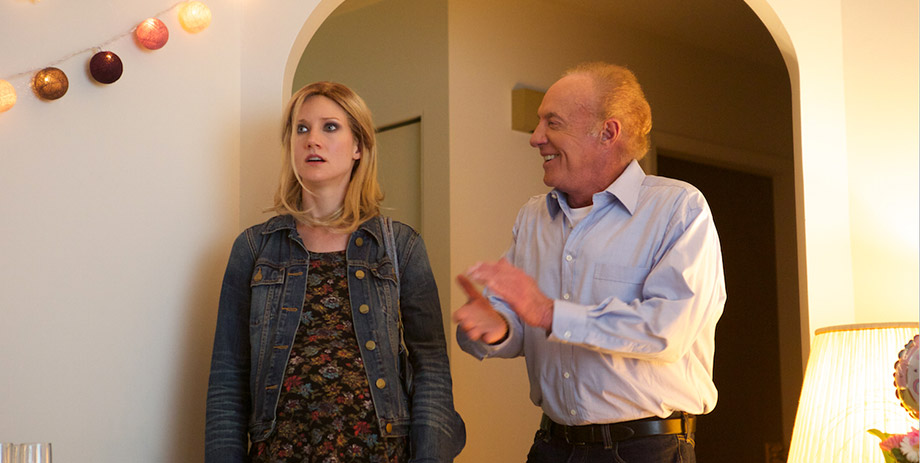 Ruth (Sonja Bennett) leads a fairly typical teenage life: she lives with her dad (James Caan), works as a cashier at the local grocery store, experiments with drugs and alcohol, parties hard, and sleeps in regularly. The only problem is that Ruth is thirty-five years old. To make matters worse, she no longer has anything in common with her closest friends, all of whom are at various stages of parenthood or pregnancy and are openly critical of Ruth's lifestyle. And after her debauched behaviour at a baby shower, she is promptly and unceremoniously defriended.

When Ruth's sister Hillary (Lisa Durupt), the favoured daughter, announces she is trying to have a baby, Ruth spontaneously blurts out that she is pregnant — which is, naturally, a complete lie. Though she tries to back out of the fib early on, it soon becomes far too attractive to keep up the farce, not least due to the fact that she finds herself being warmly re-embraced by her friends.

Deftly directed by Festival favourite Jacob Tierney (The Trotsky, Good Neighbours) from a script by Bennett, Preggoland is a playful, hilarious, and sharply written comedy-drama about our societal obsession with pregnancy and babies. While it shares some surface similarities with recent female-driven Hollywood comedies, Tierney's film digs deeper, and in rarely explored territory. The result is a fresh tale with a bittersweet edge, enormous spirit, remarkably self-aware and wonderfully drawn characters. Caan gives one of his most endearing performances as the deliriously happy grandfather-(not-)to-be.

Luminous screenwriter/star Bennett is a marvel as the wickedly resourceful Ruth: she strikes a sublime balance between absurdity, vulnerability, and resilience, as she tries to keep up appearances while navigating her suspicious sister, a surprising love connection, the dramatic changes in how she is treated by others, and the equally dramatic changes taking place in her own heart.