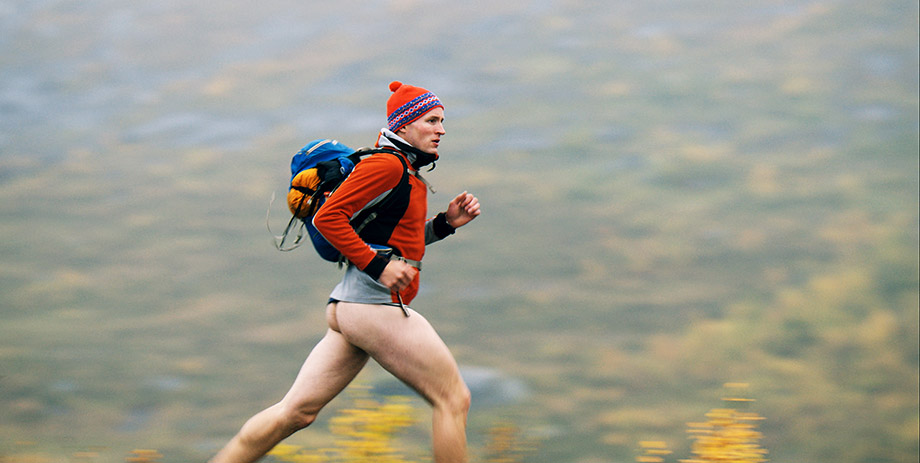 Martin, the protagonist of Ole Giaever's sharp and compelling comic drama Out of Nature, is a put-upon salary man who is awkward at work, at home, and pretty much everywhere else. Desperate for a break from his own neuroses, he suddenly informs his wife that he's going for a run in the nearby mountains. He's up for anything, he tells himself — but being alone and stuck in his own head turns out to be far more trying than he realizes.

When we first meet Martin (played by Giaever himself, in a fine performance), we dismiss him as a rather small-minded man: daydreaming about the people he spots outside his office window, dispensing judgement freely and harshly via voice-over — he's like an angrier, less imaginative Walter Mitty. But as Giaever and co-director Marte Vold cagily use comic moments to gradually endear Martin to us (including a bravura scene where he meets another hiker at the most inopportune moment), their hero's situation begins to seem less risible than painful. Martin boils freedom down to a handful of spur-of-the-moment choices, all of them potentially problematic and riddled with the risk of losing what he has without really providing him with any new opportunities.

A commentary on middle-class life and the Norwegian penchant for idealizing nature, Out of Nature follows an arc similar to Giaever's 2011 film The Mountain, but here, nature can't offer much to his prototypically modern man. Martin may have escaped society, or at least the small part he interacts with, but he still carries his unease and angst with him.