A harried New Yorker (Kevin Kline) trying to sell the Parisian apartment he’s inherited from his late father runs up against its current occupants — a spirited elderly woman (Maggie Smith) and her acid-tongued daughter (Kristin Scott Thomas) — in this warm and witty comedy-drama from the great American playwright Israel Horovitz. 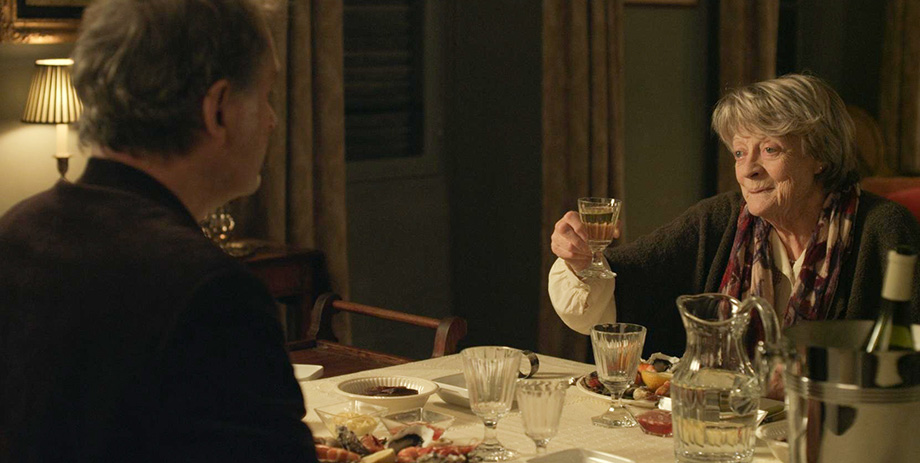 For more than half a century the plays of Israel Horovitz, from The Indian Wants the Bronx (which launched the careers of Al Pacino and the late John Cazale) to the more recent What Strong Fences Make, have spoken to us fearlessly, often playfully, about the world we live in. Now in his mid-seventies, Horovitz has neither slowed down nor narrowed his ambitions: with My Old Lady, he makes his feature-film debut as writer-director.

New Yorker Mathias (Kevin Kline) journeys to Paris after learning that he's inherited a spacious apartment from his estranged father. Mathias hopes to simply liquidate his new property and return home, but his plan hits a snag when he discovers that the elderly Mathilde (Maggie Smith) and her daughter (Kristin Scott Thomas) are inhabiting the space and have no inclination — nor a legally enforceable reason — to leave. The apartment, he learns, is what the French call a viager, which, in accordance with centuries-old tradition, will not revert to his possession until its present occupant passes away. As he attempts to sell his contract — and even resorts to blackmail — to profit from a losing deal, Mathias comes to learn more about Mathilde, and his father, than he'd ever intended.

Kline is showcased beautifully here. His verbal and physical prowess — and even his singing — are on full display. Throughout, Horovitz holds his focus on this stunning veteran cast. Their sporting, sparring, and masterful command of the lovely, epigrammatic dialogue ("Precision is the key to a long life. Precision and wine.") provides ongoing delight and offers much wisdom along the way. A witty and resonant blend of light comedy and heartfelt drama, My Old Lady is, in every sense, a mature work and the product of a master storyteller.