A lustrous 4K restoration of John Ford's masterful recounting of the gunfight at the O.K. Corral. 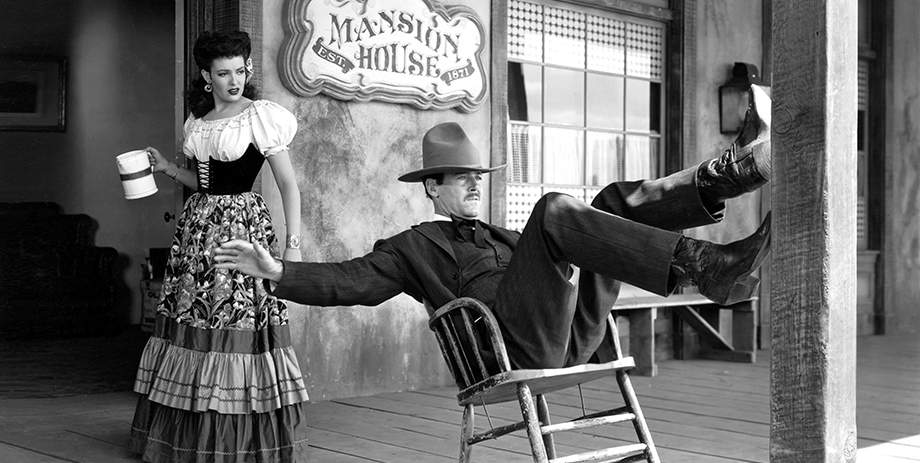 Almost hallucinatory in its detail and clarity, this restoration of John Ford's classic western must count among the most important of the year. The studio materials that Twentieth Century Fox had hitherto relied upon for making prints were very degraded, so when a nitrate 35mm fine-grain master print was made available by the Museum of Modern Art, New York, Fox archivist Schawn Belston leapt at the chance to restore the film in a lustrous 4K scan.

That clapped-out word "iconic" might be revived to describe both Ford's trademark landscape — Utah's Monument Valley standing in for Arizona's Tombstone — and his mythic tale of Wyatt Earp's gunfight at the O.K. Corral with the corrupt, cattle-rustling Clanton clan. Rarely more terse and intent, Henry Fonda as Earp embodies the forces of order and civility in the "wide-awake, wide-open" town of Tombstone, where a visit to the barber (whose business bears the faux-genteel moniker of "Bon Ton Tonsorial Parlor") is just as likely to end up with "a man gettin' his head blowed off." (Many synopses suggest Earp appoints himself as marshal because of the Clantons' nefariousness, but his actual incitement is the dangerous carousing of a "drunk Indian" — an instance of Ford's much-debated racism.)

As much as Fonda owns the film as a Fordian hero determined to right wrongs, the supporting cast, including Victor Mature as the consumptive Doc Holliday and Walter Brennan as the grizzled Clanton patriarch, is just as indelible. And Ford's axiomatic community dance — here begun with a stately procession through Tombstone and culminating in Earp's slightly abashed reel with schoolteacher Clementine Carter, the good woman from back East — was never lovelier.

Scanned in 4K from the Museum of Modern Art’s nitrate 35mm fine grain master and restored in 4K at Cineric Inc.

Audio was restored from the source element at Audio Mechanics.

Audio was restored from the source element at Audio Mechanics.