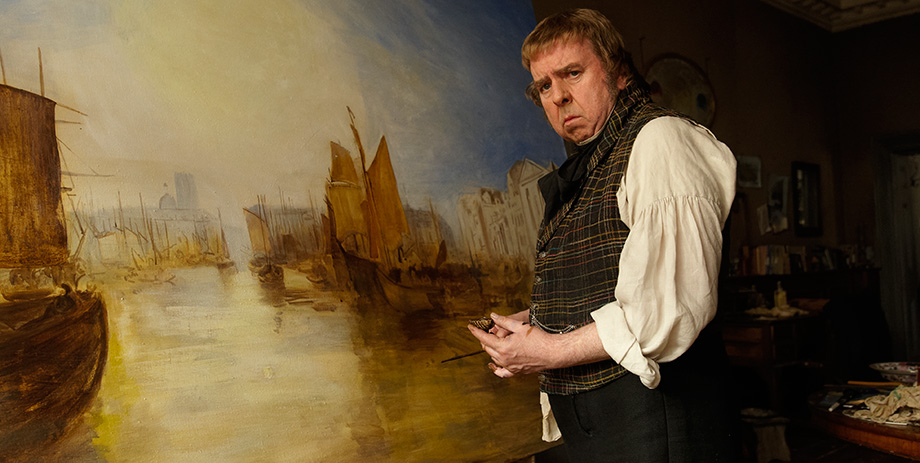 Before Monet and Renoir, Pissarro and Sisley — in other words, before the French Impressionists — there was Turner, one of the greatest of all English painters. J.M.W. Turner was in love with light and what it could do to buildings and cities, to the sea and ships, to the mountains and countryside.

Mike Leigh has ventured occasionally into period settings; when he has, he's achieved some of his subtlest work. His new film, Mr. Turner, is one of his masterworks, a film deeply respectful of its subject whilst probing the darker recesses of the man's personality.

Choosing to focus on the artist in middle age, Leigh finds a strange, anti-social mumbler far more comfortable with canvas and paint than the social niceties demanded of the era. Turner is single-minded in his focus on his art and career, but his interactions with women shape much of the narrative that Leigh details so effectively. Mr. Turner portrays a man dismissive of the mother of his two daughters, predatory toward his housekeeper, and yet ultimately blessed with an unexpected relationship that arrives in the autumn of his life. Leigh balances the painter's vagaries and misadventures with his work on some of the great masterpieces of the period: The Fighting Temeraire; Rain, Steam and Speed; Wreckers — Coast of Northumberland.

Home and studio life is contrasted with scuffles and politics at the Royal Academy, while the establishment of the time, embodied here in the form of a precocious John Ruskin, comes in for some gentle ribbing. Leigh is blessed with a troupe of wonderful actors, most notably Timothy Spall in the title role, as well as Marion Bailey and Dorothy Atkinson. But it is the director's oneness with the material itself that makes Mr. Turner feel so appropriate: a film about one artist, made by another.