Documentarian Robert Kenner (Food, Inc.) investigates the shadowy world of professional skeptics, whose services are bought and paid for by corporations, think tanks and other special interests to cast doubt and delay public and governmental action on climate change. 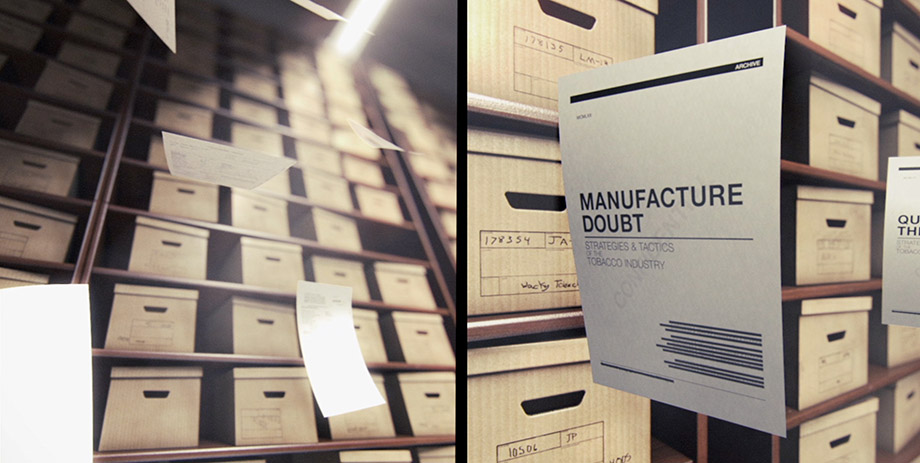 "I'm not a scientist, but I play one on TV," says Marc Morano, a man frequently cited as a specialist on climate change. Merchants of Doubt explores the shadowy world of purported experts who stake claims contrary to scientific consensus. Their efforts have spread confusion and delayed action over cigarettes and toxic chemicals. Now their main battleground is denying the man-made causes of climate change.

Director Robert Kenner previously investigated how corporations affect what we eat in his breakthrough documentary Food, Inc. Here he reveals how corporations affect what we think. He traces the birth of the doubt industry to the 1950s, when tobacco companies began fighting the perception that cigarettes are harmful. Those efforts succeeded for decades, and have been replicated as a model for climate-change denial.

A vast majority of legitimate scientists warn that we can't afford to delay action any longer. So what drives the merchants of doubt: is it money, ideology, or both? Kenner profiles key climate skeptics, uncovering their credentials and motivations. He shows how they navigate the media, think tanks, and government circles. He interviews scientists such as James Hansen, who raised a prominent alarm about global warming in the 1980s only to see his work attacked. "Most scientists are not good communicators," Hansen concedes.

Kenner also introduces us to figures who have crossed the political divide, such as Republican Congressman Bob Inglis from South Carolina. Inglis originally thought climate change was "hooey," but reversed that opinion after deeper research. The fact that the Congressman now considers the environment a "moral issue" proves that other minds can change too.