The superstitious inhabitants of a small Malaysian village go to ever sillier extremes to exorcize the "ghost" they believe is haunting a dilapidated house, in this boisterous and richly observed rural comedy. 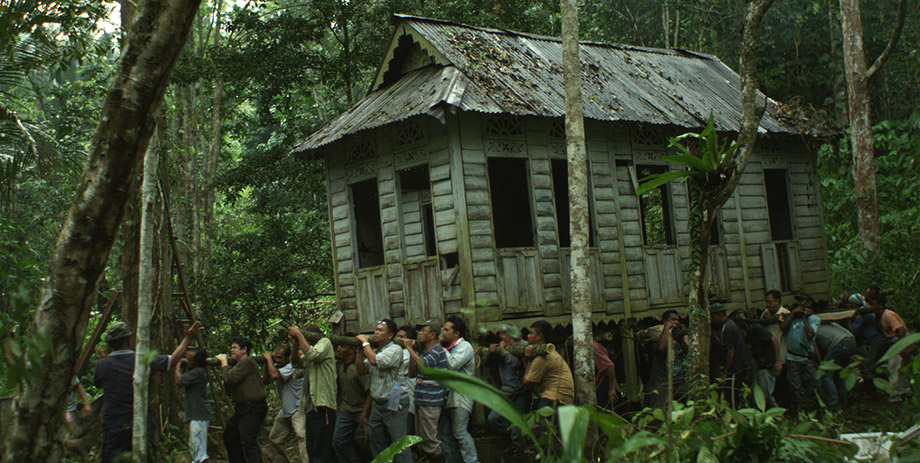 Men Who Save The World

Despite the heroic-sounding title of this boisterous second feature by Malaysian director Liew Seng Tat, it's the men who need saving here. Whether they can ever quell their superstitious scaredy-cat tendencies is left for viewers to discover in this richly observed comedy.

In a sleepy village far from the bustle of the city, there is an abandoned home known to the locals as "the American house" due to the white colour it boasted in its better days. Now, the dilapidated structure is in dire need of repair, and owner Pak Awang (Wan Hanafi Su) has big restoration plans, aiming to make the house a wedding present to his only daughter. But while the village men are grappling with the comically ambitious task of moving the house to its new location, it attracts an unexpected guest. Solomon (Khalid Mboyelwa Hussein), a Nigerian immigrant fleeing the mean streets of Kuala Lumpur, slips into town and adopts Pak's house as a hideout. None of the villagers actually see him, and the signs of Solomon's presence fuel their fears that the house contains a restless spirit. The pragmatic Pak can only stand by in disbelief as his neighbours go to silly extremes to rid their town of this supernatural interloper.

The ensuing action — involving everything from a missing camel to a scheme that requires the men to learn the pleasures of cross-dressing — has a ludicrous charm that makes Men Who Save the World feel like a vintage Ealing comedy transplanted to rural Malaysia. Yet the film offers a unique set of pleasures thanks to its warmth, wry humour, and the director's astuteness regarding the hopes and beliefs that can either bond a community or prompt its slide into chaos.