French rapper, author, and spoken word artist Abd Al Malik makes his directorial debut with this adaptation of his 2004 autobiography, chronicling his upbringing in the crime- and drug-ridden streets of Strasbourg and his life-changing encounters with hip hop and religion. 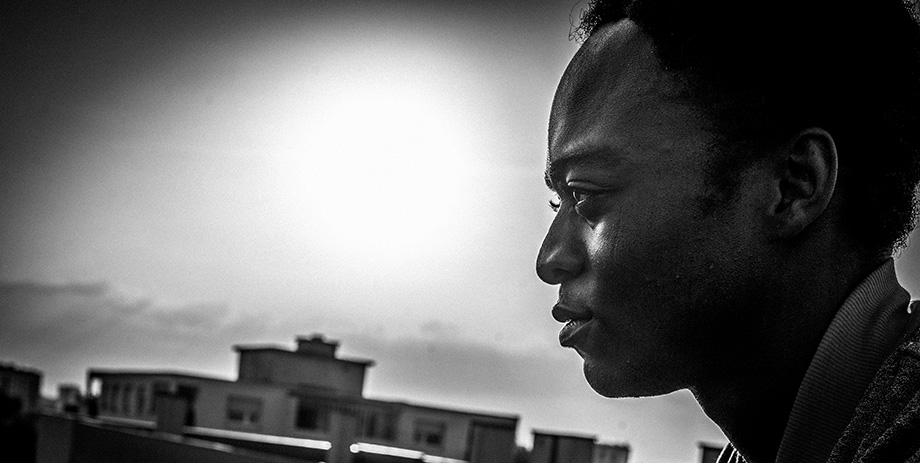 To the pantheon of breakout urban debuts that includes She's Gotta Have It, Boyz n the Hood, and La Haine, we can now add May Allah Bless France!. Adapted from his 2004 autobiography of the same title, the first feature from prodigiously talented French rapper, author, and spoken word artist Abd Al Malik is unflaggingly intelligent and abundantly stylish.

Bringing the Bildungsroman to the banlieue, Malik relates his upbringing in Strasbourg's notorious Neuhof projects, where, amid the turf wars that would claim the lives of numerous peers, the triple influence of education, faith, and music afforded him a path toward salvation.

In the late 1980s, however, that path was far from certain. Living with his single mother and six siblings in one of Strasbourg's roughest quartiers, the teenaged Malik (Marc Zinga), born Régis Fayette-Mikano, leads a triple life. By day he's a scholarship student at a prestigious high school. By night he picks pockets and sells drugs. And on weekends, along with a crew of young MCs labelling themselves the New African Poets, he packs the local hip-hop clubs. But when several of his friends fall victim to violence, he seeks guidance in the teachings of Islam. This turns out to be a life-changing decision, setting him on a course to renown as a world-class musician and prize-winning political writer.

Shot in stark black and white, May Allah Bless France! is conspicuously indebted to the monochromatic debuts of Mathieu Kassovitz and Spike Lee. But while Malik makes several stylistic nods — to Lee in particular — his cinematic voice remains strong and distinct, matching the one that's made him an award-winning recording artist.