The legendary, Academy Award-winning actor and director joins us on the occasion of the Festival premiere of his new film The Judge. 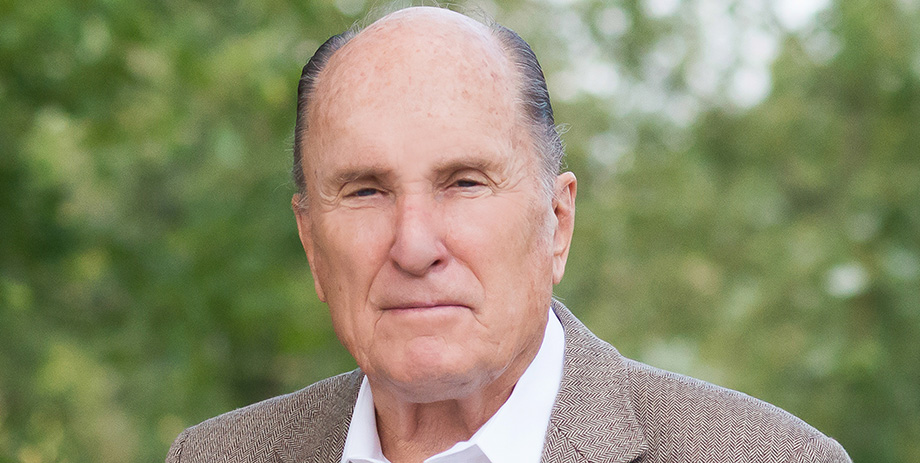 In a career that has spanned over half a century, Robert Duvall has appeared in some of the most iconic films ever made. From small-town bogeyman Boo Radley to soft-spoken consiglieri Tom Hagen, from Lieutenant Colonel Kilgore to Pentecostal preacher Sonny Dewey, Duvall has perhaps embodied more facets of the American psyche than any other single actor. With his new film The Judge screening at the Festival, Duvall joins us on stage for this Mavericks conversation to discuss his extensive and fascinating body of work.

Following his service in the Korean War, Duvall attended New York's legendary Neighborhood Playhouse School of the Theater on the G.I. Bill while sharing an apartment with Dustin Hoffman and Gene Hackman. He found work on the stage, and on hugely popular television series like The Twilight Zone and The Fugitive. Garnering early acclaim for To Kill a Mockingbird, Duvall went on to land a succession of roles that allowed him to exhibit his vast range in films such as M*A*S*H, Network, The Great Santini, Tender Mercies — for which he won the Academy Award for Best Actor — and his triumphant collaborations with Francis Ford Coppola, among them The Godfather, The Conversation, The Godfather Part II, and Apocalypse Now.

Duvall has appeared in films as diverse in tone and genre as Colors, Rambling Rose, We Own the Night, Get Low, and the beloved miniseries Lonesome Dove. Yet, for all his work with America's most eminent directors, one of his finest achievements is a picture of his own. The Apostle, written, directed, and co-produced by Duvall, is a great American film of the 1990s, and its complex vision of religious fervour and redemption continues to speak to us in the midst of the culture wars of the twenty-first century. Which is one way of saying that we need artists like Duvall, and we're honoured to have him with us for this special event.