The producer and star of this year's Festival premiere Time Out of Mind sits down to discuss his four-decade career as movie star, sex symbol, political activist and devoted Tibetan Buddhist. 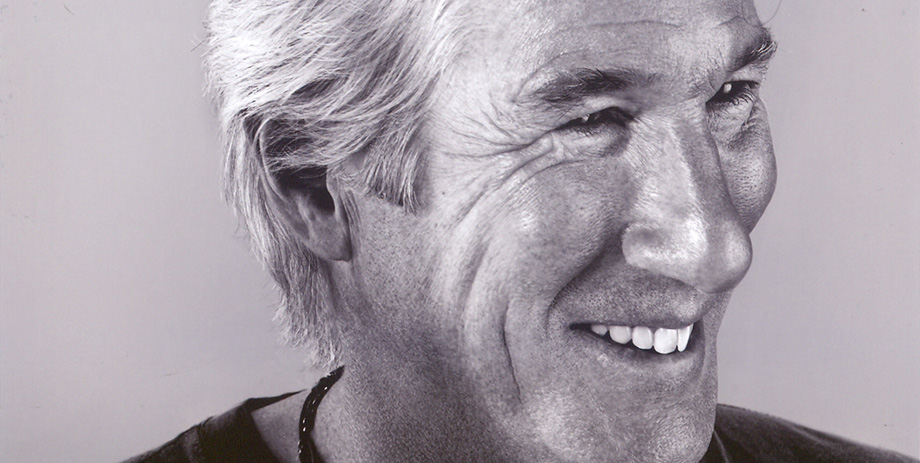 Sex symbol, political activist, Tibetan Buddhist, icon of style: Richard Gere inhabits such an array of roles in his public life, one could nearly forget that he is, above all, an enormously talented actor — one who becomes more fascinating as the years pass.

Gere appears at the Festival in Oren Moverman's Time Out of Mind — which he also produced — playing a homeless man desperate to reconnect with his estranged daughter. It's the opposite of the slick roles with which he became associated early on, and proof of his continued commitment to risk-taking and self-reinvention. Gere takes the stage in this Mavericks session to reflect on his long and diverse career.

Gere landed a sensational series of screen roles in the seventies and eighties, among them the seductive hustler in Looking For Mr. Goodbar, the scheming migrant labourer in Days of Heaven, and, of course, Julian Kaye, the high-end escort in 1980's American Gigolo. Kaye was a truly daring role for a Hollywood star — the character was what future parlance would deem metrosexual — but not as daring as Gere's other role that same year, the unambiguously homosexual Holocaust victim in the original Broadway production of Bent.

Which is not to imply that Gere neglected his star power. Pretty Woman and Runaway Bride were box-office smashes that capitalized on his debonair persona just as Chicago, The Mothman Prophecies and I'm Not There would continue to challenge it. Gere has always had great taste in collaborators, and the list of directors with whom he's worked reads as an encyclopedia of New Hollywood heavyweights: Terrence Malick, Paul Schrader, Francis Ford Coppola, Robert Altman. Yet he's hardly failed to attract the attention of some of the most adventurous filmmakers of the new millennium, such as Todd Haynes, Mira Nair, and Oren Moverman.

We're dealing with an artist disinclined to rest on his laurels. And with Time Out of Mind, we're seeing that artist reinvent himself in one of his most vital roles yet.