The Daily Show host discusses the story behind his debut feature Rosewater, which tells the true story of journalist Maziar Bahari's five-month imprisonment in Iran after his appearance on Stewart's show. 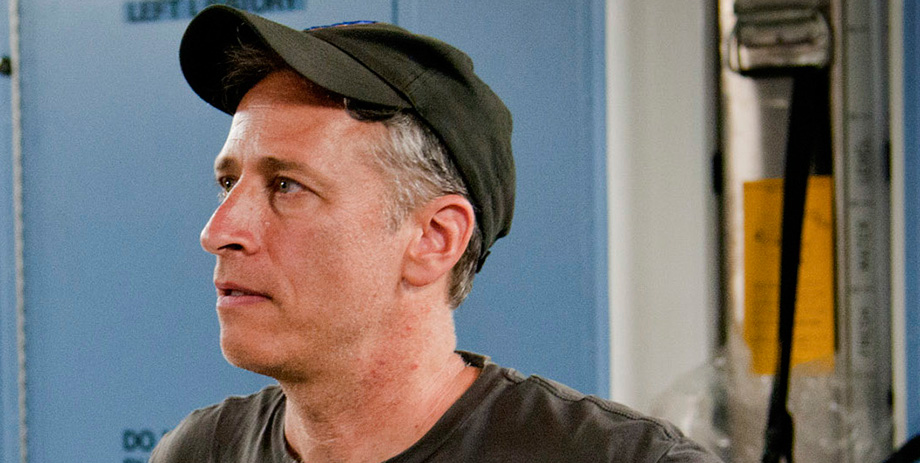 New York magazine gave a pithy description of Jon Stewart as "a voice of comic sanity in the whirlwind of real and manufactured fear." After a career path including stints as a New Jersey bartender, a stand-up comic, and a late-night MTV host, he found his métier in 1999 on The Daily Show with Jon Stewart. His nightly delivery of fake news, satirical segments and unpredictable interviews has remained razor-sharp from the Bush years to the Obama era. In addition to hosting the show, Stewart has written bestselling books, twice hosted the Oscars, and partnered with his cohort Stephen Colbert to lead the "Rally to Restore Sanity and/or Fear" in Washington, DC.

Now he makes his directorial debut with a notable departure from comedy, the feature film Rosewater. In 2009, The Daily Show sent Canadian-born comic/correspondent Jason Jones to Tehran to interview Iranian-Canadian journalist Maziar Bahari, who has a distinguished career as a documentary maker. A week later, Bahari was arrested by Iranian authorities and subjected to a brutal interrogation over the course of 118 days. His persecutors accused him of being an American spy and brought up his Daily Show appearance as evidence. Bahari chronicled the experience in his book Then They Came For Me, which became the inspiration for Stewart's Rosewater.

In this Mavericks conversation, Stewart will talk about making the leap from performing television comedy to directing big-screen drama — and to reflect on roles that journalism and satire occupy when they clash with authority.