Priyanka Chopra stars in this hard-hitting and thrilling biopic based on the life of World Boxing Champion and Olympic bronze medalist Mary Kom. 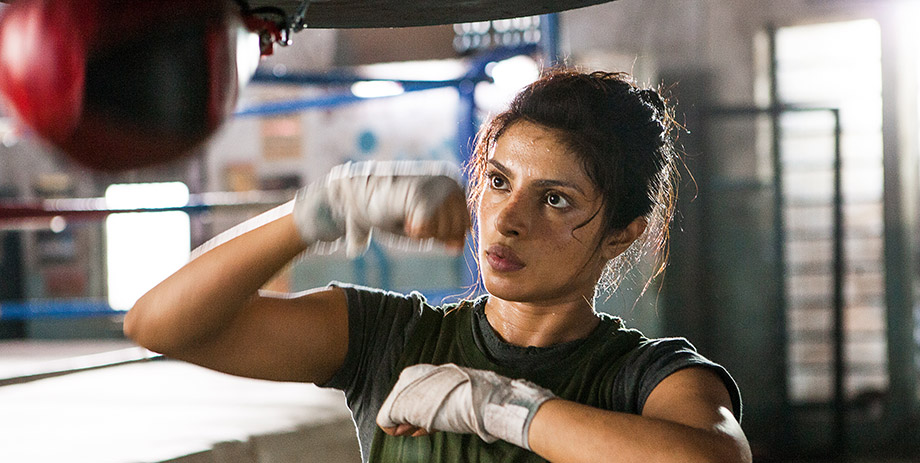 Priyanka Chopra is one of Bollywood's brightest and most glamorous superstars. She's also one of its most versatile: a chart-topping recording artist, former Miss World, and a gifted actor who has won equal acclaim for her muscular action-film roles and studied dramatic turns. Never before, however, has she achieved a transformation as comprehensive, or as compelling, as she does in Mary Kom.

Inspired by the travails and triumphs of India's first female Olympic boxing medallist, this portrait of a fighter sees Chopra join a celebrated cinematic lineage: underdog pugilists who beat the odds. Born to a tribal family in the northeastern state of Manipur, the diminutive village girl was initially forced to conceal her burgeoning passion from her disapproving parents, and would later clash with Indian boxing officials over the facilities available to female contenders. Yet Kom would also go on to become a five-time world champion, often punching literally above her weight.

Director Omung Kumar treats us to a rousing dramatization of Kom's journey, from her earliest, bare-knuckled street fights to her remarkable professional comeback following the birth of her twin sons. In the title role, Chopra is a powerhouse. Her face may not match the real Mary's Manipuri features, but her impressive physical prowess and all-conquering will to win epitomize the athlete.

Demonstrating the range that continues to consolidate her stature as a leading light of Indian cinema, Chopra's performance in Mary Kom is also a stirring portrayal of a devoted wife and mother whose indomitable spirit has made her a source of inspiration both inside and outside the ring.