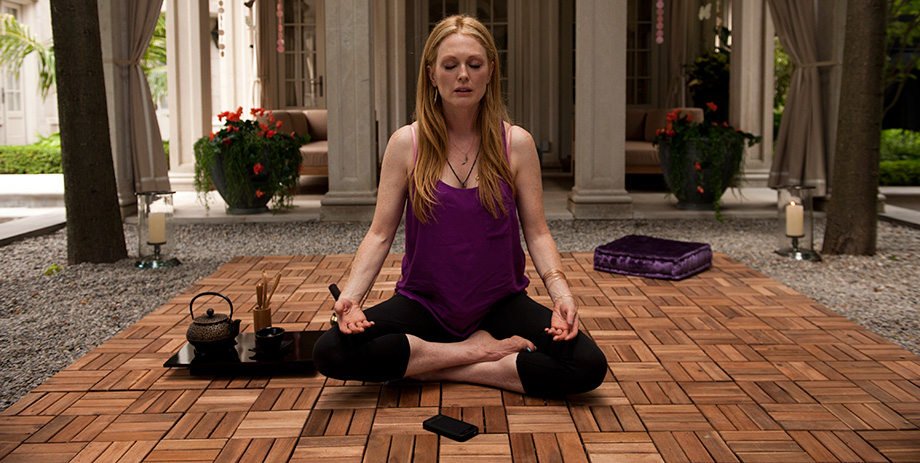 Maps to the Stars

Julianne Moore gives a stunning performance as Havana Segrand, a desperate and insecure middle-aged actress scheming remorselessly to land the lead in a remake of a film her mother starred in years ago. She divulges a flood of inner fears and childhood trauma to her therapist, Dr. Stafford Weiss (John Cusack), a TV psychologist and self-help guru with a stable of celebrity clients. But Weiss has problems of his own, including a teenaged movie-megastar son whose career is already threatened by his out-of-control ego and drug problems.

To this ensemble of eccentrics, Cronenberg and Wagner add Agatha (Mia Wasikowska), a pyromaniac who gets hired as Havana's assistant based on a Twitter friendship with Carrie Fisher (playing herself ); Jerome (Robert Pattinson), a limo driver, struggling actor and aspiring screenwriter; and various wives, agents, and phantoms who stroll periodically through the carnage.

Gleefully dissecting a milieu driven by all the wrong values, Maps to the Stars peels back Hollywood's skin-deep façade to reveal a dystopia that's at once recognizable and alien. One moment we're laughing, the next our mouths are agape. This subject has been explored before in films like Sunset Boulevard and books like Postcards from the Edge, but Cronenberg's satirical incisions reach new depths in this outrageous, disturbing new work from the contemporary master.