Celebrated Ukrainian director Sergei Loznitsa (In the Fog) creates one of the essential cinematic experiences of our time with this epic, formally audacious documentary chronicle of the historic protests in Kiev’s Maïdan square. 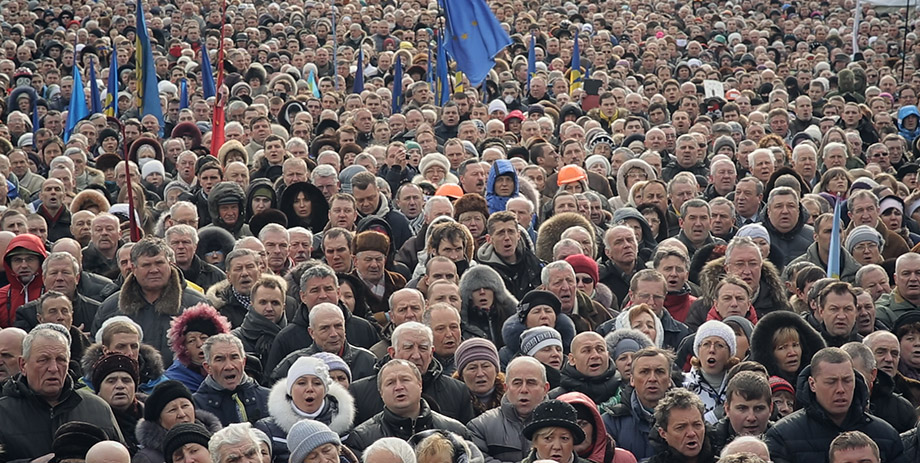 A cause célèbre at this year's Cannes and a rallying cri de coeur from Ukraine's most celebrated contemporary filmmaker, Maïdan is Sergei Loznitsa's monumental documentary portrait of a revolution in the making. A welcome return to Loznitsa's documentary roots after his internationally celebrated fiction features My Joy and In the Fog, Maïdan captures the events in Kiev's eponymous public square over the course of ninety crucial days: from late 2013, when citizens gathered to demonstrate against President Ianoukovitch's regime, to March 2014, when the protest became an outright insurrection.

Eschewing interviews and talking-head commentary, Loznitsa also refutes the jittery, hand-held camerawork of so many formless "Occupy" films or direct-reportage docs. Comprised almost entirely of static master shots, Maïdan exhibits a consciously rigorous style that is directly linked to the idea of the masses. In a bold and controversial move, Loznitsa rises above political complexities to observe the nature of the civil uprising as a social, cultural, and philosophical phenomenon, chronicling the sheer mechanics and vigour of human movement and expression as they are activated by political action.

Capturing quotidian preparations, impassioned speeches, songs and prayers, and the terrifying heat of battle, Loznitsa's long takes ultimately reveal the might of the masses to come together and rally for freedom and independence. (Cinephiles will note the formalist invocations of Eisenstein's masterpieces Strike and October — a daring and surprising gesture for a film about a people's struggle against Russian hegemony.)

Epic in scale, breathtakingly cinematic, and critically urgent, Maïdan is a major work of our time. It is a film to be experienced and discussed, and one we will undoubtedly return to for years to come — not only as a document of a historic turning point for Ukraine, but as a moving testament to human solidarity and conviction and a formidable feat of filmmaking.