Paul Dano and John Cusack play younger and older iterations of Brian Wilson in this chronicle of the Beach Boys founder’s decades-long struggles with mental health and substance abuse. 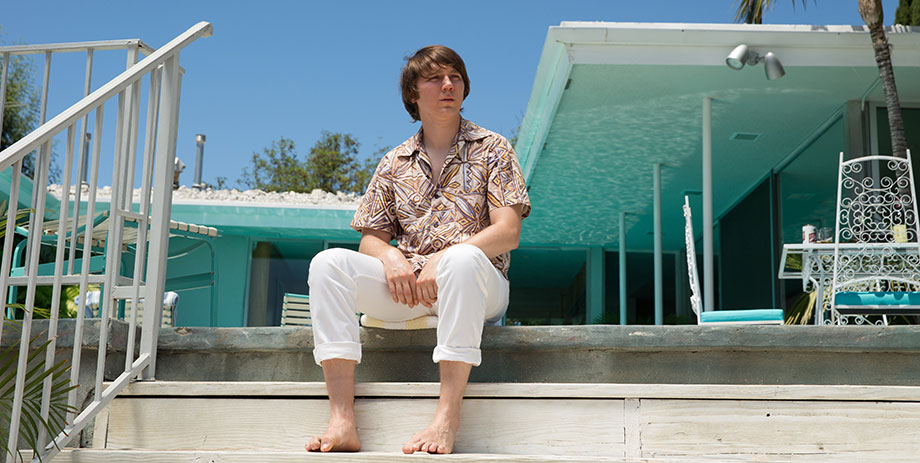 Few musical acts are as widely beloved as the Beach Boys. Under the visionary leadership of singer-songwriter Brian Wilson, the California surf combo redefined the sound of American popular music in the 1960s. But their joyful harmonies and ingenious arrangements concealed Wilson's private struggle with addiction and mental illness, and by the early seventies he had descended into drug-fuelled isolation. Love & Mercy is an intimate rendering of Wilson's mercurial genius, illustrating both his musical mastery and the psychological pain it disguised.

Dispensing with staid biopic conventions, director Bill Pohlad nimbly intercuts between two key periods in Wilson's life, shining a double spotlight on his rise to stardom with the Beach Boys in the sixties and his remarkable eighties solo resurgence. As the younger Wilson, Paul Dano gives a superb performance that conveys the artist's prodigious gifts as well as his increasingly precarious mental state; the scenes of creative exploration during the Pet Sounds sessions are exhilarating. John Cusack is equally compelling, burrowing into himself as Dano's middle-aged counterpart. The actors are joined by the ever-excellent Paul Giamatti, very much in his element as Wilson's Svengali-like therapist, and by Elizabeth Banks as Melinda Ledbetter, the Cadillac saleswoman who would become Wilson's second wife and spiritual saviour, as well as a chief catalyst in his late-career revitalization.

Drawing on a script by Oren Moverman (whose Time Out of Mind also plays at this year's Festival) and Michael Alan Lerner, this is an empathetic portrayal of Wilson's personal experience. From the dark side of his creativity to the love that helped him heal, Love & Mercy gives us a rare understanding of the music and the mind of a twentieth-century icon.