A luminously beautiful biopic of the celebrated eighteenth-century Italian poet, essayist and philosopher Giacomo Leopardi, who created immortal verse whilst struggling with a debilitating illness. 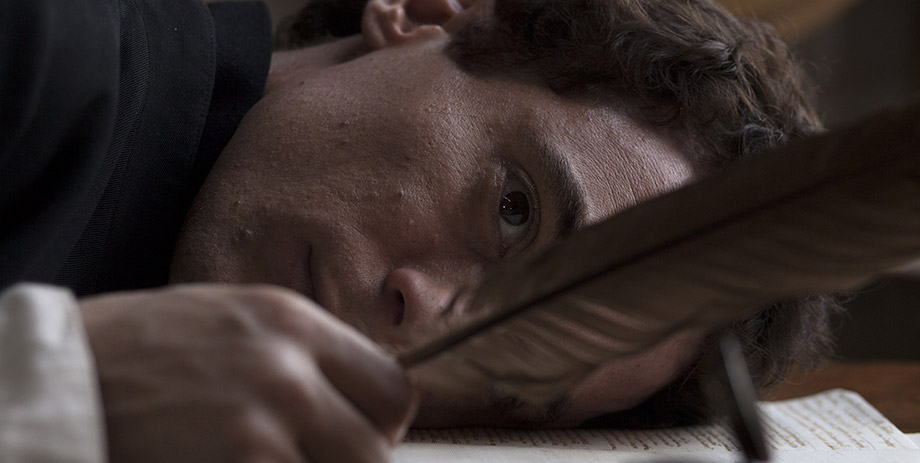 Giacomo Leopardi is perhaps, next to Dante, Italy's most famous poet. Known also as an essayist, philosopher, and philologist, Leopardi came from an aristocratic family and lived a protected life, initially under the tutelage of his father, whose immense library provided much of the stimulation for the young man's learning and future development. But as Leopardi grew, he began to recognize the constrictions of his father's arch-conservative temperament and tried to move beyond his orbit. All of this was further complicated by a deteriorating physical condition that left him hunchbacked and increasingly fragile.

Mario Martone has ventured into both the exterior and interior world of this brilliant poet. Shooting in the actual house, library, and streets in which the poet lived, all meticulously preserved two hundred years on, Martone launches a piercing study of the man's development as an individual trying to make sense of the world with his mind while watching his body deteriorate in front of his eyes.

The galvanizing force in the life of Leopardi (Elio Germano) was his relationship with the outside world. Being cloistered in his father's magnificent library accorded him many benefits, but it was not until he met his mentor, the scholar Pietro Giordani (Valerio Binasco), that his world truly expanded. As the story moves to Florence, the film also movingly portrays Leopardi's relationship with Antonio Ranieri (Michele Riondino), whose friendship became central to his life.

Martone drenches his film in atmosphere, sculpting darkly beautiful images from scene to scene whilst exploring the life of an artist destined to be an outsider — someone self-described as "absent" from his own life, watching life around him and unable to participate. Loved, yet lonely, Leopardi in the hands of this filmmaker is given an achingly human dimension.