Following a dismal high school reunion and a disastrous proposal of marriage, a going-nowhere twentysomething (Keira Knightley) falls in with a carefree teenager (Chloë Grace Moretz) and takes a week off to reassess her life. 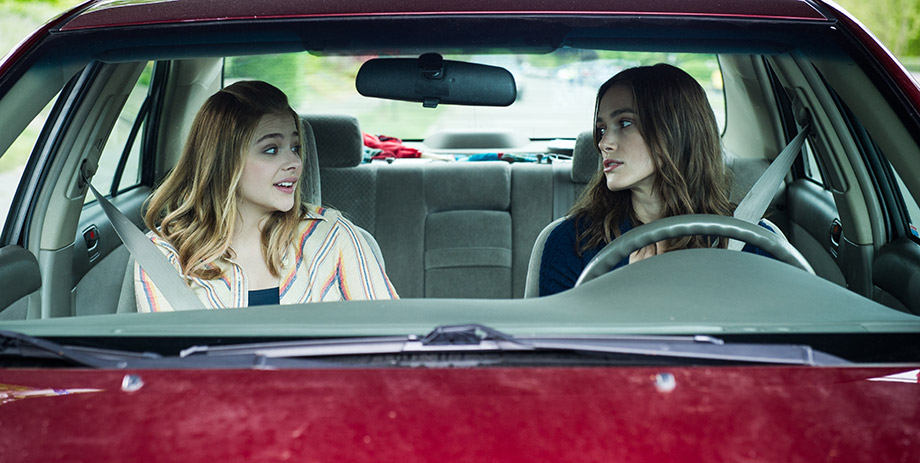 This belated-coming-of-age comedy from director Lynn Shelton (Your Sister's Sister) stars Keira Knightley as a woman who decides to take a vacation from her life when she realizes how far behind she is on fulfilling her potential. Moving along at a perky pace belied by its title, Laggies is warm, perceptive, and a lot of fun.

A ten-year high-school reunion is a wake-up call for Megan (Knightley, also appearing at the Festival in The Imitation Game), who's suddenly struck by how little in her life has changed. Employed as a sign-flipper for her father's accounting business, she has no career and no ambitions, despite having had no lack of higher education. She still hangs with the same group of pals she did in high school, and still cohabitates with her high school boyfriend Anthony (Mark Webber). When Anthony startles her with a marriage proposal, the overwhelmed Megan gets in her car and just drives, winding up randomly in a grocery store parking lot where she agrees to buy beers for a small gaggle of teens. Among the appreciative adolescents is Annika (Chloë Grace Moretz, also appearing at the Festival in The Equalizer and Clouds of Sils Maria), with whom Megan feels an immediate kinship.

On a whim, Megan tells Anthony she's leaving town to attend a self-help seminar — in actuality, she's going to spend a week crashing at Annika's, where she hopes to come upon some revelation as to what to do with her life. Her process will include some impaired driving, a high-school prom, and an unexpected alliance with Annika's wacky dad (Sam Rockwell).

Directing her biggest production yet, Shelton retains her gift for summoning fresh performances from her actors. Laggies brims with winsome characterizations from a charmingly shaggy Rockwell, the hilariously sarcastic Kaitlyn Dever (also at the Festival in Men, Women & Children), and of course Knightley, fantastically comedic and sympathetic as someone capable of flamboyant faux pas yet genuinely desperate in her search for a sense of direction.