A young boy is sucked into the digitized world of a mysterious video game, in this visually dazzling adventure. 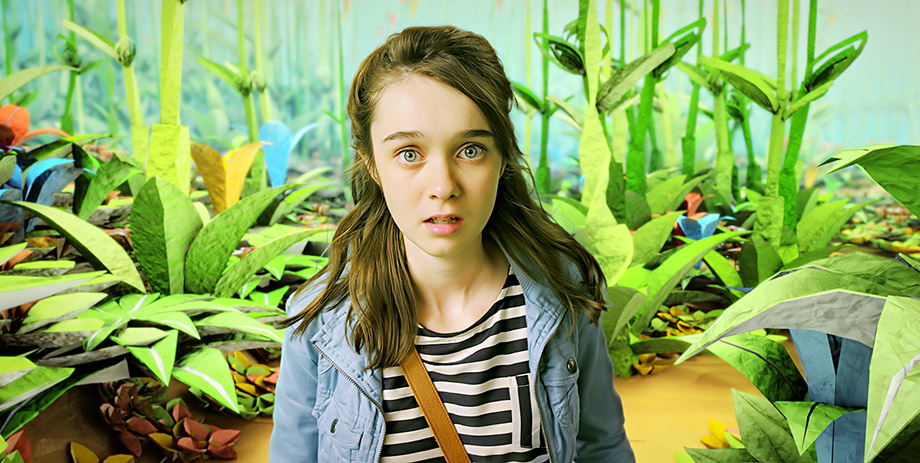 Fourteen-year-old Frikke is an excellent student, loyal to his friends, family, and beloved dog Pickles. While predictable, life is good — but this quickly changes when, on his way home from school one day, he picks up a knapsack dropped by a passing cyclist.

Curious about the bag's contents, Frikke opens it and discovers an odd-looking camera and USB key. When he gets home, Frikke plugs the USB key into his computer, which starts running a mysterious game. After a series of strange, sinister occurrences, Frikke realizes that the camera transports its photographic subjects directly into the videogame, blurring the lines between fantasy and reality. The game soon introduces him to Nola, a young girl trapped in a labyrinth, and when he learns that harm will come to Nola if he stops playing or loses, he promises to help her escape.

Tensions mount as Nola and Frikke travel through the game's ever-changing environments, continually outsmarting its villain, but when Frikke's best friend appears in the labyrinth, the stakes get even higher. Now Frikke has to keep his real-life friends out of danger while trying his hardest to solve the secret code of the labyrinth. He knows that the only way to stop the game is to find its evil creator... but can he do it in time to save everyone?

First-time feature film director Douglas Boswell has crafted a truly original and thrilling adventure, supported by strong performances from his young cast. Labyrinthus is an entertaining and memorable debut.

This film is recommended for ages 10 and up.

N.B. Mild language; some scenes may be frightening to very young children.

N.B. Mild language; some scenes may be frightening to very young children.