A young prosecutor in postwar West Germany investigates a massive conspiracy to cover up the Nazi pasts of prominent public figures. 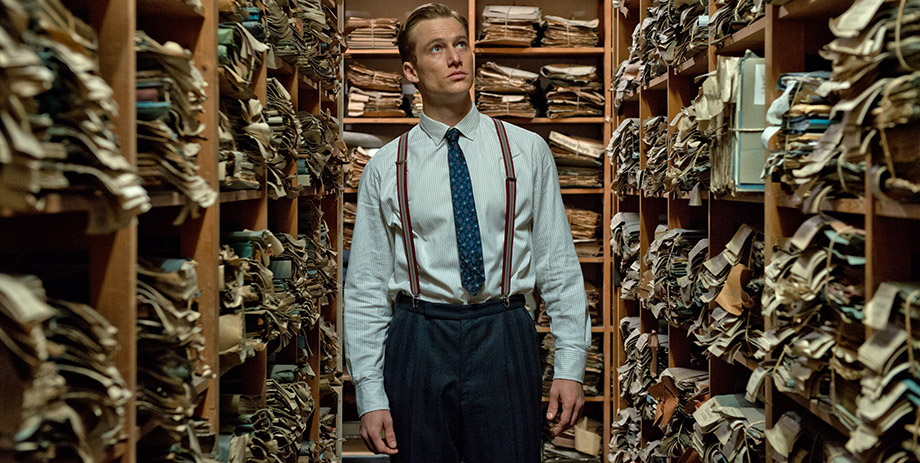 This auspicious feature-film debut from filmmaker Giulio Ricciarelli is a lucid and compelling look at postwar Germany. Paralleling personal drama with issues of a national scale, Labyrinth of Lies opens our eyes to the ways in which we allow ourselves to forget events that we find too painful to acknowledge.

Frankfurt, 1958. Johann Radmann (Alexander Fehling of Inglourious Basterds and Young Goethe in Love) is a young prosecutor trying to climb the ladder in a major law firm, eager for more important work than his caseload of traffic violations. Prompted by a tip from a reporter, he discovers that certain prominent institutions and branches of government are entangled in a conspiracy to cover up the crimes of Nazis during World War II. Johann works obsessively alongside journalist Thomas Gnielka (André Szymanski) and Jewish concentration camp survivor Simon Kirsch (Johannes Krisch) to uncover the evidence linking thousands of SS soldiers — many of whom now have successful careers in the public service — to the atrocities committed at Auschwitz. As he becomes increasingly invested in his research, Johann begins to wonder if his own family history is as honourable as he once thought.

Labyrinth of Lies captures a significant and often-forgotten historical period during which much of Germany denied its war crimes, despite the infamy of the Nuremberg trials. Crisply photographed, and propelled by sterling performances from Fehling, Szymanski and Krisch, this film raises still-relevant questions about war, social memory, and how history is ultimately written.