In the long-awaited new film from French auteur Eugène Green, a brilliant architect seeks spiritual and artistic renewal during a life-changing voyage in Italy to study the work of the great 17th-century architect Francesco Borromini. 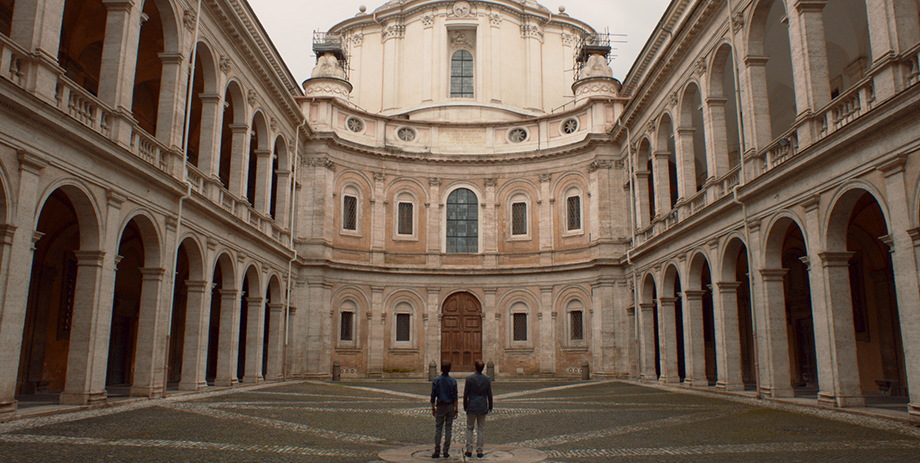 Often referred to as "the most singular of French filmmakers," Eugène Green is a bona fide Renaissance man who has brought his baroque sensibilities and refined aesthetics to cinema, theatre, and literature. Though his previous films have won him international acclaim and a loyal following, he remains largely and regrettably unknown in North America — a situation that should be rectified by La Sapienza, his long-awaited new film and his first to be shown at the Festival.

Named for the famous seventeenth-century Roman church Sant'Ivo alla Sapienza, which was designed by the legendary architect (and Bernini rival) Francesco Borromini, La Sapienza echoes Rossellini's Viaggio in Italia in its tale of Alexandre Schmid (Fabrizio Rongione), a brilliant architect who, plagued by doubts and loss of inspiration, embarks on a quest of artistic and spiritual renewal guided by his study of Borromini. His wife Aliénor (Christelle Prot), similarly troubled by the crassness of contemporary society — as well as the couple's lack of communication and passion — decides to accompany him. In Stresa, a chance encounter with adolescent siblings Goffredo (who is about to commence his own architectural studies) and his fragile sister Lavinia upends the couple's plans. As Borromini's spirit and the vertiginous splendour of his structures spin a mysterious web among them, within the course of a few days the foursome experiences a series of life-altering revelations.

Bathed in Italian light and often breathtakingly beautiful in its sweeping panoramic shots and disembodied architectural observations, La Sapienza makes brilliant use of the filmmaker's signature shot/countershot pattern, wherein characters look deeply into each other's eyes and declaim with anachronistically impeccable diction. Following in an august lineage of materialist films that search for the immaterial, Green's latest makes a passionate plea not only for the preservation of history, but for the rekindling of human affection and interaction in a world grown cold.