Director Roger Allers (The Lion King) assembled an array of internationally acclaimed animators to realize episodes from the classic text by the renowned Lebanese poet, which are woven into the tale of a mischievous young girl (voiced by Beasts of the Southern Wild’s Quvenzhané Wallis) who attempts to free an imprisoned poet (Liam Neeson). 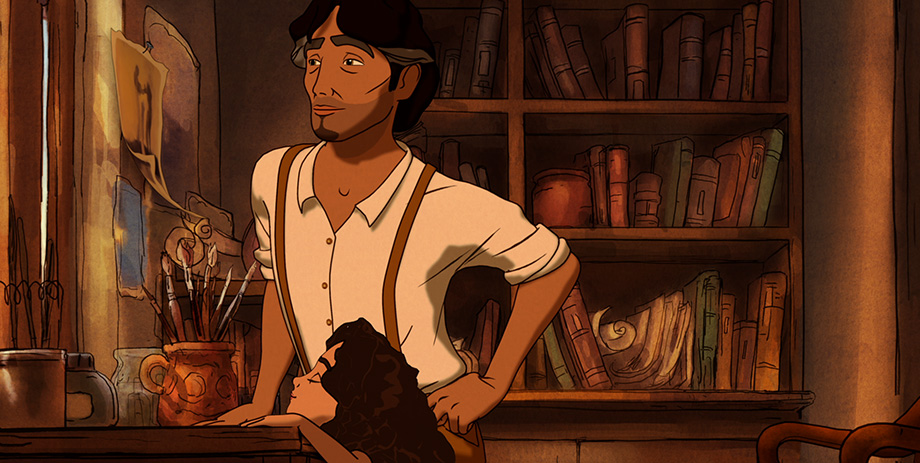 The Prophet, by Lebanese author Kahlil Gibran, is among the most popular volumes of poetry ever written, having inspired millions of readers in over forty languages since its publication in 1923. The book's timeless verses have been given enchanting new form in Kahlil Gibran's The Prophet, an animated anthology film that assembles a host of renowned international artists to reconfigure Gibran's elegant text as a painterly cinematic adventure.

Spearheading this ambitious project are actor-producer Salma Hayek-Pinault and Disney veteran Roger Allers, best known as the screenwriter of animated classics Aladdin and Beauty and the Beast and as the director of The Lion King. Drawing on a similarly fantastical, fable-like mode of storytelling, Allers situates Gibran's poetry within a narrative framework that relates the tale of a transformative friendship between an imaginative young girl and a political prisoner. Quvenzhane? Wallis and Liam Neeson lend their voices to this central pair, and are joined by a stellar supporting cast that includes Salma Hayek- Pinault, John Krasinski, Alfred Molina, and Frank Langella.

As their story unfolds, several of Gibran's most cherished essays — on love, work, children, marriage, and freedom — are brought to life in vibrant vignettes directed by some of the world's foremost animators, among them Tomm Moore (The Secret of Kells), Bill Plympton (Idiots and Angels), and Paul and Gaëtan Brizzi (sequence directors on Disney's The Hunchback of Notre Dame). Kahlil Gibran's The Prophet isn't merely a visual marvel, however. With a score by Gabriel Yared (The English Patient, Cold Mountain) that includes contributions from Damien Rice, Glen Hansard, and Yo-Yo Ma, it is also a captivating musical collaboration, a richly spiritual experience very much worthy of Gibran's lyrical book.