A middle-aged domestic worker remains fiercely loyal to her employer even as it draws her ever deeper into the dirty world of human trafficking, in this gritty melodrama about corruption, criminality and conflicted conscience in contemporary Manila. 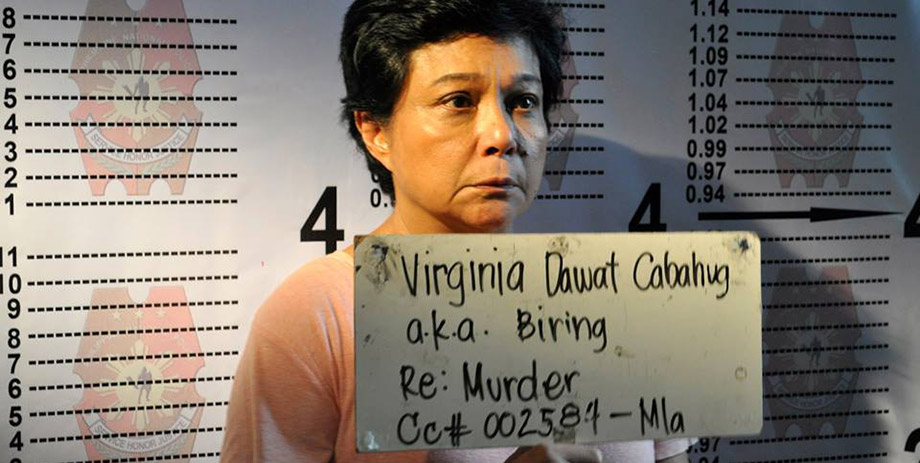 Veteran Filipino director Joel Lamangan reunites with Nora Aunor, one of the country's biggest stars, for this gritty melodrama about corruption, criminality, and conflicted conscience in contemporary Manila.

Biring (Aunor) is a domestic who works for Vivian (Rosanna Roces), an obscenely wealthy woman who has made her money by conning young women into applying for jobs as domestics offshore, where they are promptly sold into sexual slavery. Steadfastly loyal to her boss, whom she believes saved her from life on the streets after her husband's death, Biring refuses to entertain any criticism of her whatsoever, even from her own daughter, who refuses to accept money from her mother because she doesn't like where it comes from. But when Biring is unjustly accused of murder, she is drawn deeper and deeper into the dirty world upon which her employer has built her lavish lifestyle.

Even as Justice follows Biring's deepening involvement with the rackets, however, its real focus is the schism in her mind, as illustrated by Aunor's fine performance. Devout and devoted, she sees herself as a good person, someone who's never willingly hurt anyone — which is difficult to accept when we see her shepherd young women into a van to be hauled off to god knows what fate. Aided and abetted by his top-notch cast and Ricky Lee's perceptive script, Lamangan embraces the material with a vengeance, crafting a movie that's part social-realist horror movie and part hyperbolic gangster epic — a kind of bourgeois distaff Tagalog riff on White Heat.