In the dazzlingly ambitious new film from Argentinian auteur Lisandro Alonso (Los Muertos, Liverpool), a 19th-century Danish general (Viggo Mortensen) undertakes a gruelling physical and metaphysical journey when he pursues his runaway daughter into the rugged wilderness of Patagonia. 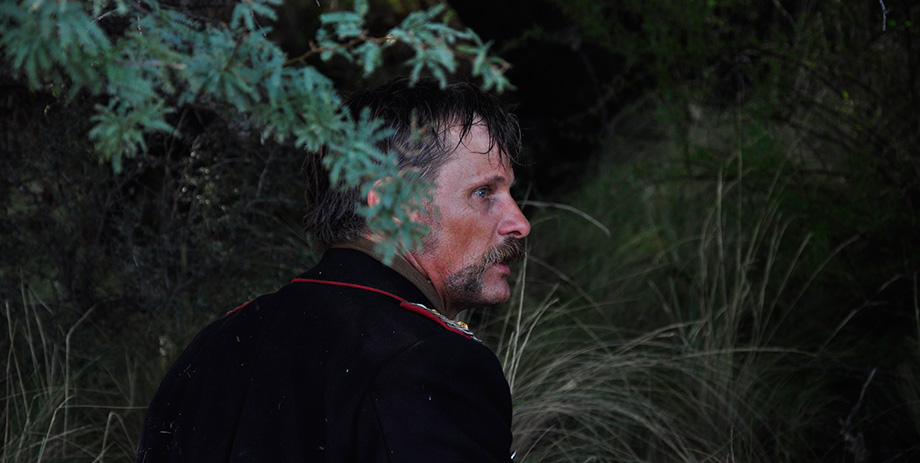 Since his 2001 debut, La Libertad, Argentine filmmaker Lisandro Alonso has established himself as one of the most original international auteurs. Rigorously probing and destabilizing the boundaries between fiction and documentary, he has created an enigmatic cinema that questions the essence of reality, the limits of fiction, and the definition of "cinema" itself.

Alonso's latest feature, Jauja — its title a reference to a mythical land of plenty — marks an important departure in his oeuvre. While maintaining the singular visual style, languid pace, and rugged landscapes of his previous films Los Muertos and Liverpool, Jauja is Alonso's first period piece, his first film with a formal script, and the first time he has worked with professional actors. Viggo Mortensen (also one of the film's producers) plays Danish general Gunnar Dinesen, who is assigned to a scouting mission in the wilds of Patagonia during the Spaniards' 1882 campaign to rid the land of its indigenous people. When his beloved fifteen-year-old daughter Ingeborg (Villbjork Agger Malling) runs off with a young soldier, Dinesen mounts his horse and sets off in pursuit, desperately hoping to find her before she is caught by the notorious brigand Zuluaga, a former soldier who, like Joseph Conrad's Kurtz in Heart of Darkness, has gone native.

As Dinesen's search leads him ever deeper into the wilderness, the film starts to assume a more metaphysical dimension — time and space begin to collapse as Alonso posits a cyclical, rather than linear, vision of life's journey. Just as the film's title conjures up visions of everlasting abundance, so Alonso evokes the limitless possibilities of film narrative.