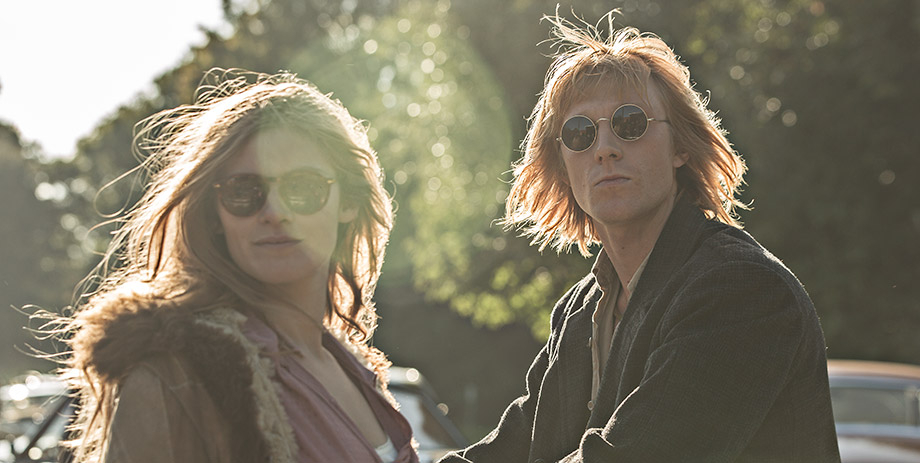 An epic, continent-crossing countercultural romance from leading Danish director Ole Christian Madsen (Flame & Citron, Superclásico), Itsi Bitsi is based on events that led to the founding of the short-lived but massively influential Danish rock group Steppeulvene — a band that enjoys the same stature in its native land as such groundbreaking American groups as Love and Captain Beefheart.

In the early 1960s, wannabe writer Eik (Joachim Fjelstrup) meets fellow free spirit Iben (Marie Tourell Soderberg) while protesting American imperialism. Bonding over their love of literature, the boundary-smashing music of the period, and, not least, the pleasures of consciousness-altering drugs, the couple soon decamps from sleepy, bourgeois Copenhagen for the Continent and, eventually, Marrakesh, Baghdad, Nepal, and the deserts of Afghanistan.

Struggling to write his novel, Eik desperately tries to hold on to Iben, who is far more dependent on drugs than he and not exactly commitment-oriented, to put it mildly: at one point, she disappears with a drug-addled "personal improvement guru," hippie edition (i.e., he's more into tripping than self-reflection). Deciding that the only way to win Iben's love is to start a band, Eik founds Steppeulvene (named after the same Herman Hesse novel that gave the band Steppenwolf its moniker) and enjoys near-instant success. The group makes Eik a celebrity, and Denmark's official spokesperson for the counterculture — but it's uncertain whether his success will bring him what he most wants.

Affectionately chronicling the no-holds-barred experimentation of the period (see in particular the scene where Eik gets an earnest folk musician to join his band by getting him blitzed) without losing sight of its potentially catastrophic consequences, Itsi Bitsi is a sweeping love story that firmly establishes Madsen as Denmark's foremost cinematic chronicler of love and loss.