Stuck with a sexually transmitted serial haunting after a romantic night out, a beautiful nineteen-year-old girl finds herself pursued by a legion of malevolent, lumbering phantoms that will pursue her forever — unless she passes the curse on to someone else. 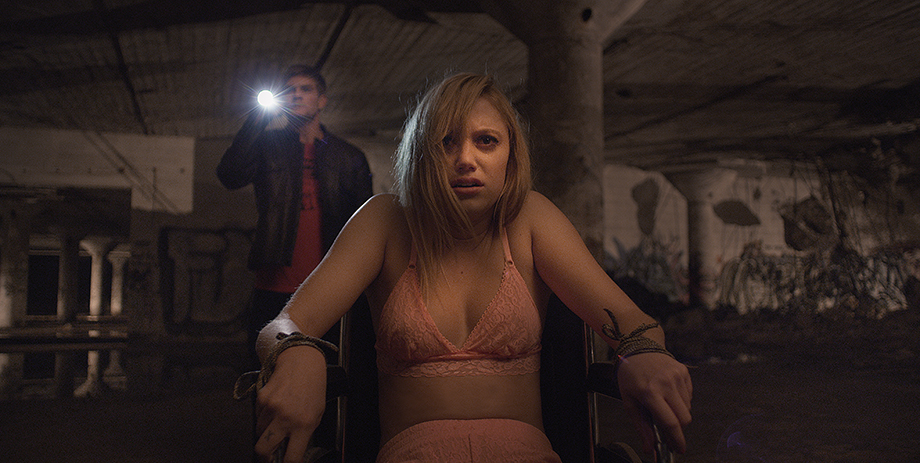 David Robert Mitchell's first feature, The Myth of the American Sleepover, was a perfect snapshot of teenage life during a summer weekend. With It Follows, he applies the same keen observational eye to the horror genre, and once again displays a deft ability to direct teens on the edge of adulthood.

Dating is already an emotional minefield, but the last thing nineteen-year-old Jay (Maika Monroe, who also stars in this year's Midnight Madness selection The Guest) expects at the end of a romantic night out is to be stuck with a sexually transmitted serial haunting. In the light of day, she is stalked, followed, and attacked by terrifying, half-naked figures that none of her friends can see. These apparitions are driven by a single desire: to see her dead. With nowhere to run and no one to turn to, Jay is helpless against this phantom plague — that is, unless she passes the curse on to someone else.

Mitchell handles teenage sexuality in a sensitive and non-exploitative manner, allowing his characters to make realistic and sympathetic choices. But he also delivers the requisite genre thrills and plenty of scares, creating a relentless and deeply creepy monster chase that culminates in a fresh and freaky final showdown. Making atmospheric use of the suburbs of a decaying Detroit, and set to a Carpenter-by-way-of-Vangelis synth soundtrack, It Follows is a smart and confident sophomore effort, sustaining a chilling atmosphere of dread and suspense as the malevolent, lumbering spectres inch ever closer to their prey.