A loving husband and father struggling with manic depression (Mark Ruffalo) is forced to raise his two young daughters on his own, in this moving and inspirational drama based on writer-director Maya Forbes' own childhood experiences. 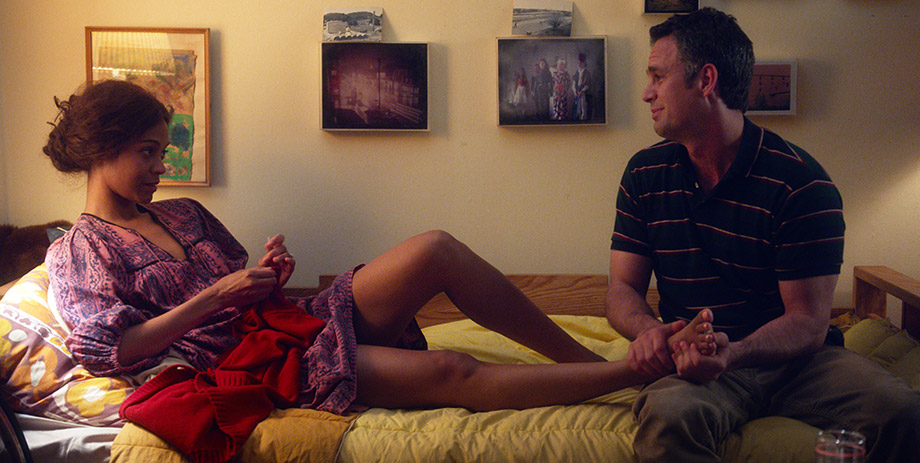 Inspired by writer-director Maya Forbes's own childhood, this lovingly detailed, bittersweet debut careens between laughter and anxiety as it invites us into a singular family's chaotic home.

Raising a family isn't easy for anyone, but the Stuarts are a little more challenged than your average parents. Cameron Stuart (Mark Ruffalo, also appearing at the Festival in Foxcatcher) has suffered a nervous breakdown and been diagnosed with manic depression, a highly stigmatized label that, in 1978 Boston, renders him virtually unemployable. Maggie Stuart (Zoe Saldana) works hard but can't quite make ends meet. They are highly educated and completely broke. They also have two precocious young daughters to care for.

A solution presents itself, but with it come unnerving risks: Maggie accepts a scholarship to pursue her business degree in New York, which means leaving Faith and Amelia in Boston — and solely in the hands of their father. Infinitely Polar Bear chronicles the eighteen-month period in which the aggressively gregarious, always unpredictable Cameron struggles to cope with his condition and become a viable single parent to the little girls he so clearly loves.

Humour and heartbreak alike are on offer as we witness Cameron stumble in his attempts to be a good neighbour and engaged father while attending to his wildly varying moods and impulses. For every misstep, there is evidence of Cameron's fierce love, and Ruffalo performs the remarkable feat of keeping his character utterly sympathetic even in his darkest, most irresponsible moments. We can see plenty of problems and peril in the Stuart family, but, if we look closer, we can also see their wondrous gifts.