This contemplative documentary by the late, great filmmaker Harun Farocki compares different methods of brick production in cultures around the world. 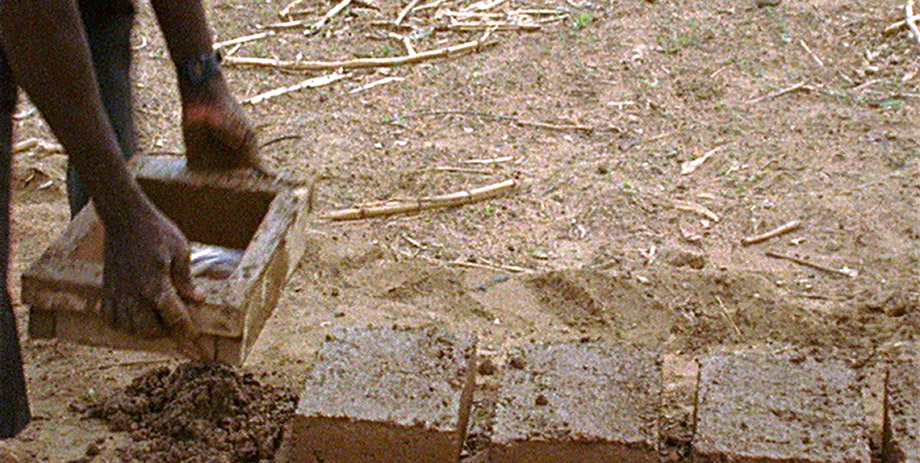 A filmmaker, theorist, writer, teacher and curator of immeasurable influence and importance, Harun Farocki has had an enormous impact on our thinking about and analyzing moving images. From his participation in the Cinematheque's first Godard series, through his own retrospective and subsequent films at TIFF, and his seminal installation, 'Workers Leaving the Factory in Eleven Decades' which was included as part of the opening exhibition at TIFF Bell Lightbox, Farocki has played a central role in our programming as both an esteemed artist and colleague. TIFF joins the film world in celebrating Farocki's genius, generosity and lasting legacy with this tribute screening of one of his late great films. — Andréa Picard, TIFF programmer

Renowned for his rigorous theoretical works and writings, Harun Farocki was a sly image-maker, acutely aware that every subsequent image alters and appends meaning to create the successive language that is cinema. His notion of "soft editing," a non-hierarchical representation allowing for maximum deduction from the viewer, is very much at work in this contemplative documentary about contemporary brick production. Spanning continents and cultures, In Comparison focuses on the brick — that very basic unit of foundation — and traces its contexts, from the collective efforts of a community building a clinic in Burkina Faso, through semi-industrialized mouldings in India, to industrial production lines in Germany, France, Austria and Switzerland. Eschewing traditional commentary, but certainly employing a deft, willful and playful point of view, In Comparison presents various methods of labour production, allowing for an assessment that changes with every layer and goes well beyond a simple binary divide.

Never schematic but nevertheless possessing a notable (and charming) structure, this striking 16mm colour film reveals the innate beauty of forms, rows, clay, fabric and skin gleaming in the sunlight. It also examines the repetitive movements and shapes that operate under the harsh glare of the fluorescents in sterile European factories, which reveal their own compelling aesthetics - particularly of the machine, with its hypnotic rhythms and musique concrete clatter. And while In Comparison can be seen as a comparative study, the film is so rich in imagery that its revelatory function encourages inquiry as much as wonderment for what the world contains, from muscular bodies in motion, infectious camaraderie and shimmering fabrics, to leaps in modern progress, with their attendant complicated and contradictory implications. Amid this polyphonic array, the image of the hand dominates, positing a wide-ranging idea of labour that is as rich with meaning as a building block.