The director's cut version of Neil Young's mind-bending 1982 post-apocalyptic musical comedy, in which the rock legend writes, directs and stars alongside an eclectic and eccentric cast including Dean Stockwell, Russ Tamblyn, Dennis Hopper and Devo. 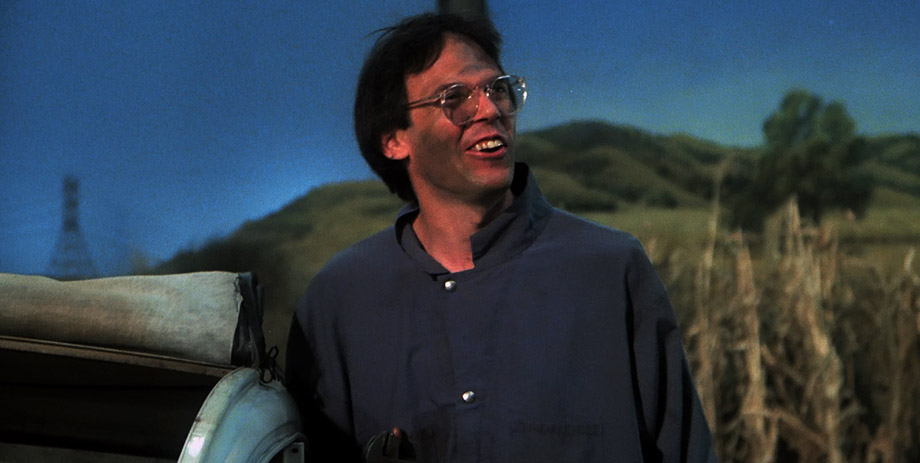 One of the wilder visions Neil Young ever had, Human Highway is an anarchic satire conceived in the cauldron of Cold War America. It may also be the secret origin of The Simpsons.

Now recut and restored according to Young's own specifications, this fascinating but little-seen film was first released in 1982. Young had assembled a riotous band of players — Dennis Hopper, Dean Stockwell (who also co-directed the film), Sally Kirkland, and the members of Devo — whose combined energies produced a cinematic Molotov cocktail aimed straight at our society's own cluelessness.

Lionel Switch (Young) is an absolute nerd and the auto mechanic at a gas station owned by Otto (Stockwell). Otto also owns the adjacent diner, where the waitress (Kirkland) is unpredictable and the cook (Hopper) flat-out volatile. They all live in a town next door to a nuclear plant, but no one seems to worry. Lionel can't believe that radiation is a real threat, since he's worked on "almost every radiator in every car in town." Their ignorance won't matter much in the end, though, since this will be their last day on earth.

Once described as "The Wizard of Oz on acid," Human Highway plays like a Rowan & Martin pastiche with a wickedly radical core. Casting Mark Mothersbaugh and his Devo bandmates as nuclear plant workers was a master stroke, and it pays off in spades when they break into their own keening version of "Worried Man Blues."

It's also a thrill to see Young play not just the geeky Lionel but his rock-star alter ego Frankie Fontaine, who teams up with Devo for an epic version of "Hey Hey, My My (Into the Black)." Three decades have passed, but Human Highway remains a thermonuclear reminder of the crazy, chaotic energy to be found at the end of the road.