The follow-up to the director’s landmark Fontainhas trilogy (Ossos, In Vanda’s Room, Colossal Youth), the highly anticipated new film by Portuguese auteur Pedro Costa reunites with Colossal Youth’s Ventura, who is lost in heartrending indeterminacy as revolution breaks out. 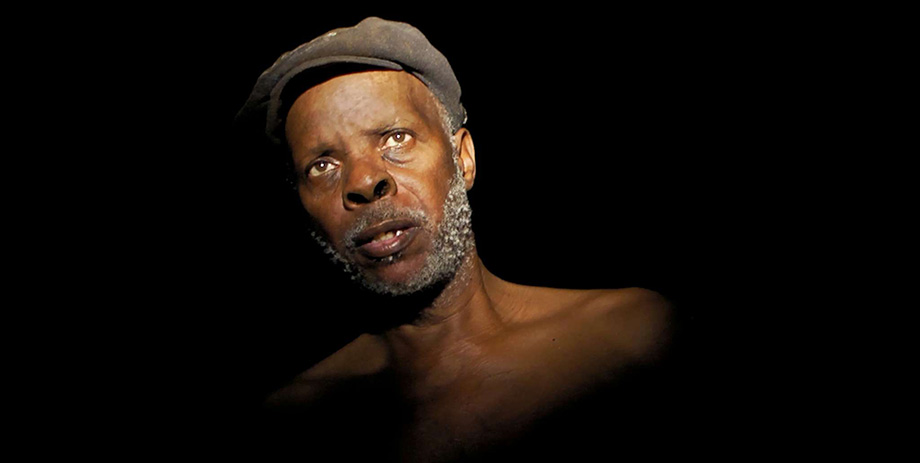 One of today's most important filmmakers, Pedro Costa returns to the Festival with the eagerly awaited follow-up to his landmark Fontainhas trilogy of Ossos, In Vanda's Room and Colossal Youth, which poetically captured the lives of those residing in the eponymous Lisbon slum and their eventual relocation to a stark suburban social-housing unit.

In Horse Money, Ventura — the sad-eyed Cape Verdean lead of Colossal Youth — is lost in startlingly abstracted and stunningly rendered indeterminacy as revolution takes place in the streets. A product of the failed promises of Portugal's Carnation Revolution in the 1970s — where the fight for democracy after decades of dictatorship neglected the immigrant population of his generation — Ventura is increasingly held captive by his madness and the "nervous disease" that causes his constant trembling, the results of a lifetime's worth of back-breaking manual labour and extreme poverty. Recuperating in a mysterious, vaulted infirmary with a network of subterranean passages, Ventura wanders in and out of the various rooms — which, through ambiguous and startling slippages of time and place, lead him to hidden or suppressed areas of his mind.

Invoking the photography of Jacob Riis (1849 – 1914), the famous American photographer, journalist, and advocate for poverty reform, Costa's new film is both a powerful indictment of social and racial injustice in Portugal and a new pinnacle of the filmmaker's art. Unfolding like a hushed, chiaroscuro fever dream, Horse Money pushes Costa's astonishing visual style and formal rigour to new heights with its Caravaggesque tableaux composed of high-contrast light and shadow, and others recalling Rembrandt with their velvety textures and ashen, sepia hues. Not only blurring fact and fiction but actively conflating history and contemporaneity, memory, and desire, trauma and survival, Horse Money is yet another masterpiece from one of the world's greatest film artists.