South Korean master Hong Sang-soo crafts yet another delightful, soju-saturated tale of love thwarted, in this story of a heartsick Japanese man who travels to Seoul to attempt a reunion with the woman he still pines for. 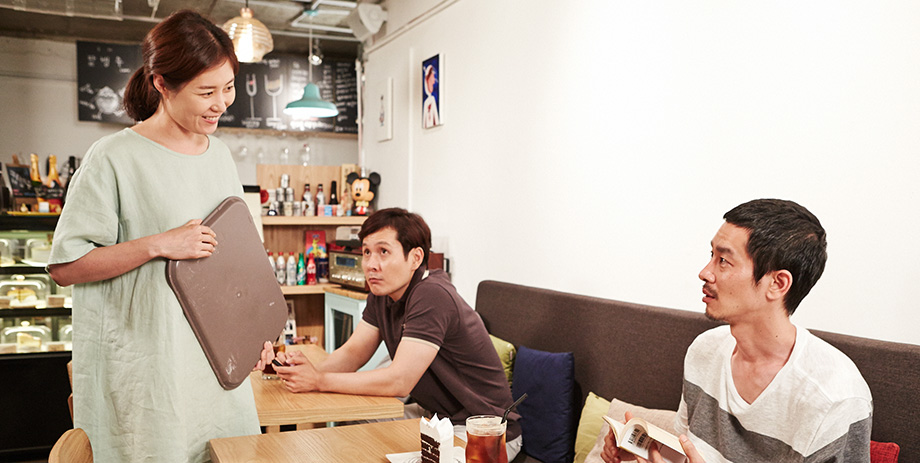 Few filmmakers observe human foibles with the inspired wit of Festival regular Hong Sang-soo, a maestro of comic anthropology. In Hill of Freedom, the South Korean writer-director's latest, a heartsick Japanese man travels to Seoul to reunite with the woman he still pines for, but finds his pursuit of love impeded by colourful locals vigorously seeking his companionship.

Upon arriving in Seoul, his letters to his beloved Kwon (Seo Young-hwa) mysteriously unanswered, Mori (Kase Ryo) checks into a modest guesthouse, the owner of which favours Japanese tourists because they are "polite and clean." Meanwhile the owner's nephew takes an instant liking to Mori because he seems like an artist — and possesses a delightfully thick moustache. Troubled by Kwon's silence, Mori spends a great deal of time at a café with the Japanese name "Hill of Freedom." It's here that he meets the café's proprietor, Youngsun (Moon So-ri), who is instantly enamoured with him. It seems everyone wants to spend time with Mori except Kwon.

Throughout the film Mori reads a book about the illusion of time — a book Hong could have written. Hill of Freedom ignores chronology, jumping from one scene to the next in a mischievous, dreamlike manner that emphasizes Mori's baffled ennui. Yet the film is anything but obscure or needlessly confusing. Filled with Hong's signature scenes of eating, drinking, and conversation — nearly all of it in broken English — and buoyed by an almost childlike piano score, we are treated here to a classic comedy of miscommunication and thwarted desire, so knowing about human nature and delivered in that quirky way that is singularly Hong.