The latest from acclaimed sibling directors Josh and Benny Safdie (Daddy Longlegs) blends fiction, formalism and raw documentary as it follows a young heroin addict who finds mad love in the streets of New York. 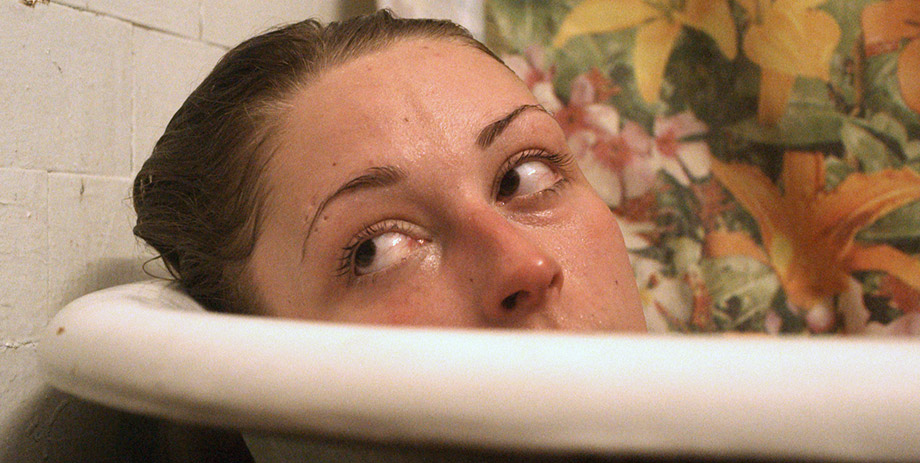 "Heaven knows what" will become of us, but for those living on the streets with addiction, their every day consumed with a search for food, shelter, and a fix, the future is far away. Joshua and Benny Safdie, the New York-based siblings known for their charmingly bittersweet independent features and shorts, have made their most accomplished and fearless film yet with this fierce fusion of fiction and documentary realism blending real actors with fugitives, drug dealers, and street legends as it chronicles a young addict feeding her addictions and finding mad love on the sidewalks of Manhattan.

Based on the experiences of Arielle Holmes — a homeless teenager with a ferocious Jersey accent — the film stars Holmes as Harley, a fictionalized version of herself: a heroin-hooked panhandler unable to get either the junk or her wicked boyfriend Ilya (wan Hollywood star Caleb Landry Jones, startlingly unrecognizable) out of her system. Locked into the relentlessly repetitive cycle of the addict's life — the never-ending search to score, the squabbles with dealers and fellow junkies, the violence ever ready to erupt as either farce or tragedy — she is still driven by a strange (and surely self-destructive) desire for beauty, the explosive moments of rapture that puncture the drabness of her existence.

Adapted from Holmes's unpublished memoirs by the Safdies and Ronald Bronstein (director of Frownland and star of the brothers' Daddy Longlegs), spiked with intense and intermittent bursts of music, and shot on location in fluorescent-lit fast food joints, skeezy apartments, and the comparably sylvan oases of urban parkland, Heaven Knows What evokes the emotional rawness of Cassavetes and the dreamy desperation of Philippe Garrel. While the formal textures are indelible, the pace frenetic and dizzyingly intense from start to finish, it is the jaw-dropping, all-out performance by Holmes — a true talent-in-the-making — that gives the film its visceral, electrifying edge.