In this charmingly off-kilter romantic comedy, a Beijing university professor visits the ancient Korean capital of Gyeongju on a nostalgic quest to revisit a "dirty" café painting he first saw years before — and finds an unexpected connection with the the beautiful present owner of the establishment. 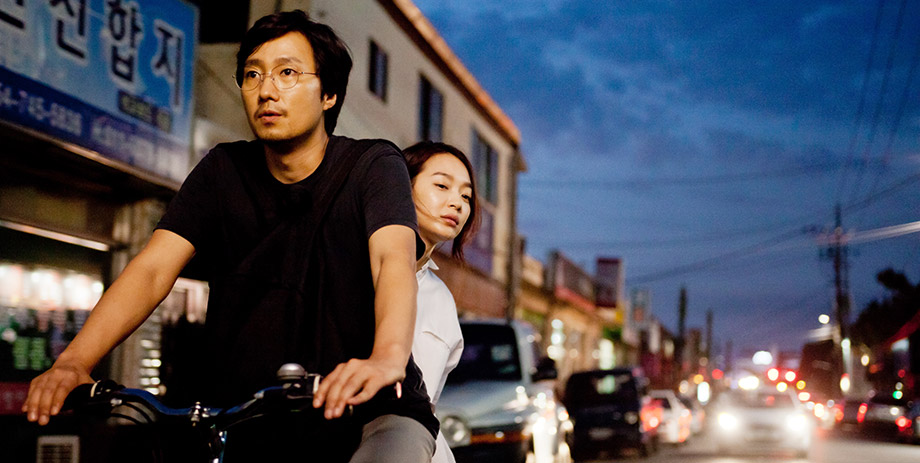 The seventh feature from acclaimed Korean-Chinese writer-director Zhang Lu is an airy, subtly absurdist and marvellously composed romantic drama in the mould of Hong Sang-Soo. Also reminiscent of Richard Linklater's beloved Before... series with its rigorous unity of time and place, Gyeongju follows a university professor on an impulsive trip to the titular city where, during a single evening of drinking and blurry confessions, he befriends a melancholy, strangely magnetic young widow.

Having returned to South Korea to attend a friend's funeral, Beijing-based professor Choi Hyeon (Park Hae-il) is inspired to relive a journey to Gyeongju that he and the deceased made together years earlier. He finds the picturesque city much as he's always remembered it, except for the absence of a traditional erotic painting that had adorned the wall of a local teahouse. Bemused by his persistent questions regarding its whereabouts, the establishment's new proprietor Yoon-hee (Shin Min-a) takes him for a pervert. But when Hyeon returns to the shop following an afternoon of wandering, Yoon-hee experiences a change of heart, and invites him to join her friends for drinks.

As in Hong's tipple-heavy cinema, Gyeongju's initially guarded exchanges assume an appealingly loose character when the soju starts to flow. What follows is a series of exquisitely observed interactions.

As the bereaved pair develop a palpable but unspoken connection, their night will proceed to a rewardingly poignant conclusion.