Fabricating credentials to score a last-ditch job as a high school guidance counsellor, a boozing, drug-addled former child star becomes an improbable hit with his students by dispensing the worst advice possible, in this hilarious reprobate comedy from writer-director-star Pat Mills. 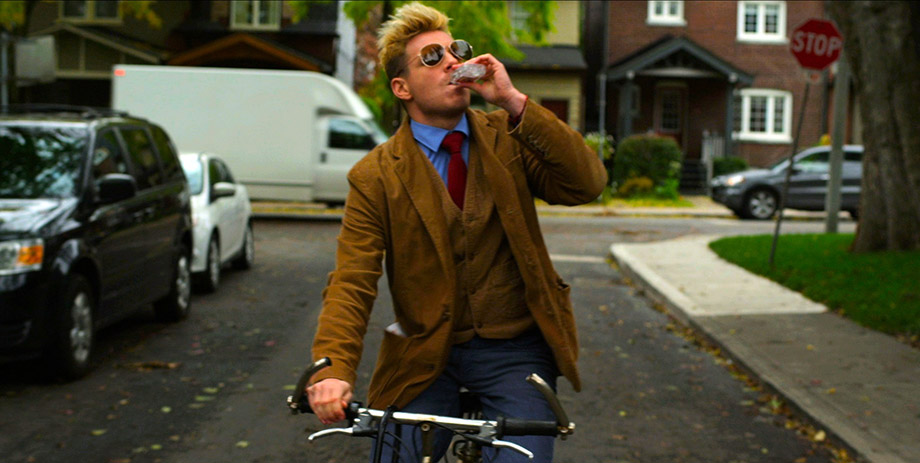 A truly hilarious addition to the reprobate-comedy genre, Guidance focuses on David Gold (writer-director-star Pat Mills, the 2008 winner of Telefilm Canada's PITCH THIS!), a former child star who now lurches from one bottom-of-the-barrel voice-over gig to the next, usually in an alcohol-fuelled stupor. About to get kicked out of his dump of an apartment, he happens upon a motivational tape and, newly inspired, decides to pass himself off as a guidance counsellor at Grusin High, a school desperate for someone to deal with its problem students.

A train wreck himself, Gold doesn't exactly flourish in his new role. The teachers view him with suspicion; the gym coach is convinced he's in the closet and doggedly tries to coax him out on every occasion; and the students prove far tougher to win over than he had thought. Gold's new career looks to be shot, until he realizes that he's intimately familiar with a wide variety of coping devices that will help the kids deal with their everyday challenges — including such time-honoured remedies as booze, dope, psychological manipulation, promiscuity, and, of course, more booze. Within a short time, Gold turns into the most popular adult at school.

Trundling through the halls of Grusin High, Mills delivers a truly memorable turn as the wacked-out former whiz kid whose grasp on reality is as tenuous as his sobriety, and he's abetted by a fine supporting cast that includes Alex Ozerov (Blackbird) and Zahra Bentham (Foxfire: Confessions of a Girl Gang). Gleefully skewering Hollywood-style redemption narratives and casting a cold, keen eye on our obsession with ever-fleeting fame, Guidance signals the arrival of a sharp new comic sensibility.