In this atmospheric, nerve-straining chiller, two young twins confined to an isolated country house transform their resentment towards their mother into a fatal illusion about her identity. 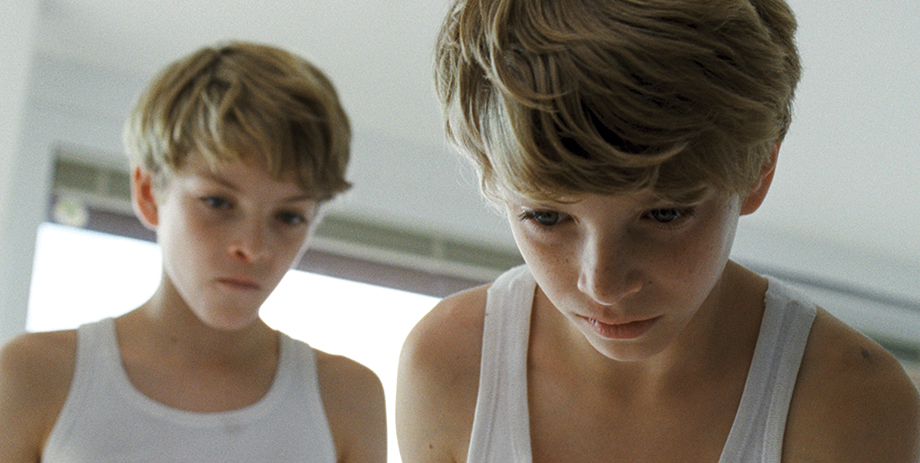 In an isolated house in the countryside, nine-year-old twins Lukas and Elias (Lukas and Elias Schwarz) live with their mother (Susanne Wuest), who is recovering from recent cosmetic surgery. With her face puffy and grotesque under a swath of bandages, the mother requires absolute peace and quiet in order to recuperate, and this quickly begins to grate on the two restless boys. As she becomes more and more strict, the brothers retreat ever-further into their own private, aggressively anti-social world, their anger and suspicion mounting and their imaginations running wild — even to the extent of doubting that the person beneath the bandages is actually their mother at all.

The first fiction feature from the writing-directing team of Severin Fiala and Veronika Franz, Goodnight Mommy was produced by acclaimed Austrian auteur Ulrich Seidl (who previously collaborated with Franz on the screenplays for several of his own films), and it is not hard to see the affinities with Seidl's work in its combination of psychological acuity, borderline body horror, and rigorous, nearly architectural sense of space. A starkly modernist glass structure set against an incongruous backdrop of cornfields and lush forests, the family's home resembles a monumental tomb — a chillingly perfect setting for the film's story of familial disintegration. No less powerful, the mother's hidden face functions as an evocative metaphor for the love the boys feel she is withholding from them, and her inability to realize how much her physical changes are contributing to the strained atmosphere at home ultimately proves tragic.

A haunting, elegiac portrait of a family in crisis, Goodnight Mommy brilliantly creates a quietly unnerving atmosphere that becomes increasingly terrifying as the boys' antagonism toward their mother spirals out of control and the maternal bonds are severed.