Céline Sciamma (Water Lilies, Tomboy) returns to the Festival with this raw, raucous but tender look at a group of black high school students living in the tough banlieues of Paris. 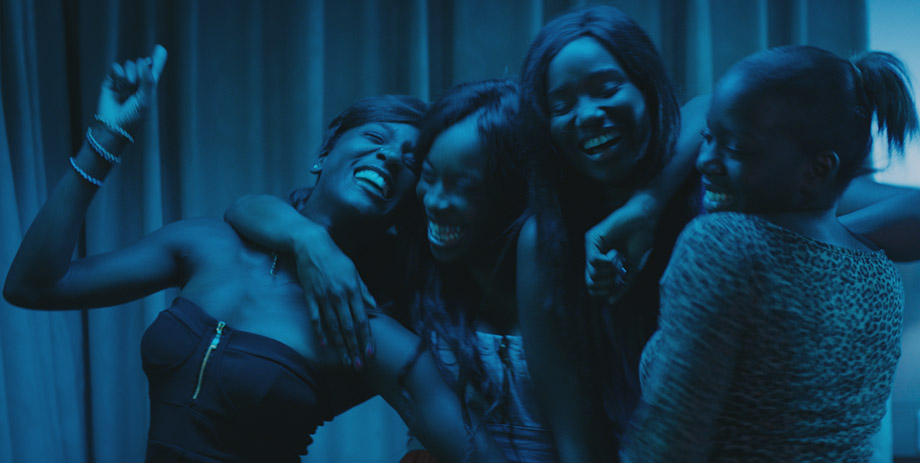 With this, her third feature film after the auspicious debut Water Lilies and the equally compelling Tomboy, Céline Sciamma proves that she is turning into a filmmaker of considerable confidence and authority. Bande de filles is a raucous, raw, and tender look at a group of black high-school students living in the tough suburban banlieues of Paris.

Grounded by an incendiary performance from Karidja Touré, Sciamma's film locates a kinetic, irresistible energy amid the nondescript housing projects, shopping centres, and outdoor plazas in which, for these strutting young characters, attitude prevails. Touré plays Marieme, a shy sixteen-year-old who falls in with a small crew of friends after low grades prevent her from continuing her studies. This foursome soon forms a tight unit bent on pushing the limits. In the face of peer pressure and the need to be cool, Marieme finds herself navigating dangerous waters. But it isn't long before she finds a way to assert her own voice and a new-found sense of power.

Bande de filles is not an easy story to tell, and Sciamma and her team do wonderful work. The performances are faultless, the cinematography elegant, the electro and hip-hop soundtrack is a treat, and, with each scene, the film gains a compelling momentum.

Almost two decades after La Haine put the Parisian banlieues onscreen in all their rugged reality, Sciamma has brought a new energy to the milieu — one with a gang of girls headlining the action.